Griffin Johnson is an internet sensation. Griffin is low key about his romantic life. 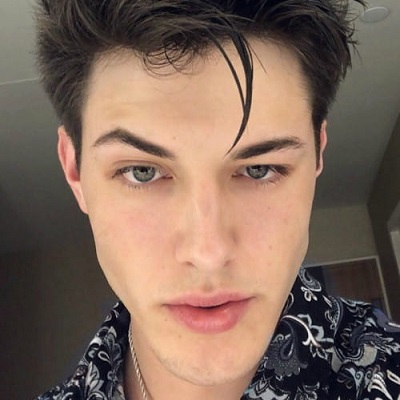 Hey my name is Griffin Johnson and I am a Tik Tok star wannabe!

Griffin Johnson is single and not in a relationship with anyone.

He is more focused on his career as a TikTok star. He likes to be around his friend and entertain his fans in various ways.

Who is Griffin Johnson?

American citizen Griffin Johnson is a social media personality, TikTok star, and Youtuber. He is well known for his humor, lip-syncs, comedy mimics, and entertaining talents.

Griffin Johnson was born on January 13, 1999, in Paris, Illinois, United States. His birth sign is Capricorn.

He grew up with his family in his hometown. He has a younger brother, Graham Johnson.

Johnson has 10.6 million followers on the TikTok account with id @imgriffinjohjson and reached 530.9 million likes.

Johnson becomes a TikTok sensation after posting his comic and lip-syncs videos on TikTok. He already received the precious badge of Crowned Muser as a TikTok comedian.

He collaborated with his friends and more other TikTok stars like Jaden Hossler, Jordan Beckham, Anthony Reeves, and others, to make videos more interesting and wonderful.

Johnson has another TikTok account with id @imgriffinjohnson.v2. It has 99.3 k followers and reached 765.1 k likes.

Griffin has 1 million subscribers on Youtube with over 47 million views as of May 2021. He joined Youtube on September 13, 2018, and the channel has over a million views. He just started his Youtube channel so there are not many videos. But, all the videos that he uploaded were funny and entertaining.

Griffin has a business of merchandise. He sells online products such as necklaces, tops, T-shirts, joggers, hats, sweatshirts, Phone Covers, and even hoodies. Griffin also prints his name on these products for his fans who want to buy them.

Griffin’s net worth is approximately $2 million US.

His earning as a TikTok star is around $5k per duet video.

Griffin has hazel eyes and auburn hair. His height is about 5 feet 10 inches and his weight is 70 kg.

Griffin has 3.5 million followers on Instagram with 43 posts that have already been published on her Instagram wall. He is following personalities like Nick Bean, Big Nik, Daisy Keech, and James Charles.