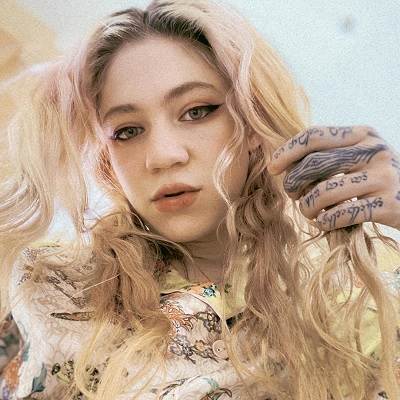 What is the relationship of Grimes (Claire Elise Boucher)?

Grimes is in a relationship. Her boyfriend is no other than the business and technology tycoon, Elon Musk.

Being a private person, she has not revealed the story behind the relationship. However, they met online. Later, on the 7th of May 2018, the couple announced that they are together with each other.

Later, on the 8th of January 2020, she disclosed that she is expecting a child with her partner.

The couple welcomed their second child in December 2021. It’s a baby girl born via surrogacy. They named their daughter Exa Dark Siderael Musk and her nickname is “Y.”

Canadian Grimes is a Juno Award-winning singer, musician, and record producer. She is renowned for her music genres like Electronic, Dream Pop, and Synth-pop.

Last, in 2020, she launched her latest album, Miss Anthropocene.

Grimes was born Claire Elise Boucher on the 17th of March 1988 in Vancouver, British Columbia. Her father is a former banker whereas her mother, Sandy Garossino is a lawyer by profession.

She has a half-brother, Jay Worthy. Jay is also a music artist. They are of British-French ethnicity.

She completed her primary education at a Catholic school. Later, in 2006, she graduated from Lord Byng Secondary School.

After that, she attended McGill University in Montreal, Quebec to study neuroscience. However, in 2011, she dropped out before completing a degree.

In 2007, Grimes started her career as a songwriter. Later, she starting performing on the stage too as a self-taught artist.

After that, in 2010, she launched her debut album, Geidi Primes. The same year, she released her second album, on Arbutus Records. Also, she went on her first musical tour with the musical group, The Pop Winds.

In 2011, she supported Lykke Li on her tour. Also, she started working in collaboration with the producer, Blood Diamonds.

Moving forward, in 2012, she signed with 4AD. Under the recording label, she launched her third album, Visions that turned out to be the first milestone in her career. Also, it was listed as the NME’s she was listed as the 500 Greatest Albums of All Time.

In 2015, he released her fourth album, Art Angels. For that, she earned the best album of the year. The following year, she became part of the musical tours and traveled in Asia, Europe, and North America.

After that, she was featured in music albums likePynk, Love4Eva, That’s What the Drugs Are For, and Play Destroy.

Moving forward, on the 21st of February 2020, he launched her latest album, Miss Anthropocene. The album peaked at the 32nd position in the US Billboard.

Through her music career, she has made a net worth of $3 million. Her earnings as a musician are in the range of $21k to $210k. Besides that, she also makes through the royalties of her music album.

Apart from that, she also earns through her musical trips, and music production works too.

Talking about the net worth, her partner, Elon Musk is the 31st richest person in the world with an estimated net worth of $36.5 million.

Regrading she and her partner, Elon are caught in the controversy due to the name of their child.

The couple named their baby as X Æ A-12 pronounced as Ex Ash A Twelve or Ex Aye Eye. However, the name violates the naming rule of Canada. Due to that, on the 24th of May, the couple changed the baby’s name to X Æ A-Xii.

Grimes is a hazel-eyed blonde. Her height is 5 feet 5 inches and weighs around 50 kg.

She also has a self-titled YouTube channel with more than 712k subscribers.