Gucci Mane is an American hip hop pioneer and rapper. He won MTV Video Music Awards in 2017. Gucci is married to a model. Together239+, they have a son. 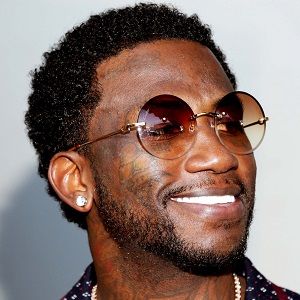 If a man does not have the sauce, then he is lost. But the same man can be lost in the sauce.

I learned that everybody is not your friend. You have to watch who you associate with and surround yourself with positive things and people who want to do something positive.

Gucci Mane is married to Keyshia Ka’oir on October 17, 2017. Keyshia is a Jamaican model. Gucci and Keyshia are the parents of their son who was born in 2007.

There was a rumor about Keyshia having three children from her previous relationship, but she has completely denied stating that it was false information.

Who is Gucci Mane?

Gucci Mane is an American rapper and actor. He is widely regarded as one of the pioneers of hip-hop subgenre Trap music. The release of his album Mr. Davis has made him come into the light.

He has also been named ‘the most influential underground rapper of the past decade.’

His father was a former U.S serviceman and his mother was a social worker and teacher.

He has a brother Victor, who was relatively close to him during his childhood.

As regards Gucci’s childhood, he had a harsh one. Due to his mother’s academic studies, he had to live with his grandmother. The lack of good parental care in his childhood made him a drug dealer at an early age. His family didn’t have any stable residency.

When they lived in Atlanta, his family was having a very hard time finding appropriate shelter. Eventually, they moved to Knights Inn which was not a good place to live in. The bad neighbor led him in drug trading and he became a drug dealer.

After experiencing a dragging childhood as a drug dealer, Gucci Mane eventually found a good rhythm to live his life in 2001. Living his earlier life in far till now, he learned a lot about the importance of finding the right career.

He was deep into rapping and slowly became serious in it. His first record was La Flare and after receiving some success he started his own record label LaFlare Entertainment.

And, he gained major success from 2005. Since then he has been one of the active rappers and has received enormous success.

Some of his popular albums are Trap House, Hard to Kill, Back to the Trap House, The Return of East Atlanta Santa, Incarceration, Droptopwop, and Trap House III.

And during his career, he has collaborated with the likes of Ludacris, The Black Eyes Peas, Metro Boomin Mariah Carey, and Young Scooter.

Recently, he released his eleventh studio album, Mr. Davis. And, he is about to make debut with Lil Wop on the album Paid in Full.

He is not only into rapping but he also is interested in acting. Consequently, he has made appearances in the movies including, Confession of a Thug, Spring Breaker, Visual Reality, Birds of a Feather and Beef 4.

Gucci has several awards and achievements under his name. He has been able to receive MTV Video Choice Award, Teen Choice Award, and Billboard Music Award all in 2017.

Also, his achievement includes the listing of his song on the Billboard Hot 100 chart.

Gucci has been widely successful in recent years and he has been able to earn lots of wealth. His annual income is estimated to be $5 – $7 million.

Currently, his net worth is around $15 Million and is still growing along with his fame.

Gucci has never kept his profile in low status. His involvement in many controversial topics has always made him come into the light. In addition, his arrest and his visit to police stations have gained much attention.

During the early part of his career, he was arrested on a cocaine charge in 2001. In 2010, he violated the driving rule. And several other issues such as possessing a firearm, attacking fans and assault have made him popular in the media frequently.

Some of his controversial topics arose from his lines on the songs. His songs Truth and Fuck The World made a controversial debate regarding its lines. One of his lines on Truth was about Keyshia Cole’s affairs which received some attraction.

In 2013, he disrespectfully twitted about many other rappers including Nicki Minaj, Drake, Jay Z, Kendrick Lamar, and many others. Later he said that someone hacked his Twitter account and he completely denied him being responsible in Twitting.

Furthermore, there are some minor rumors hovering around about Gucci’s fresh married life. However, none of them are proven true so far.

Gucci is 6 feet 2 inches tall and weighs around 92 Kg. He has lots of tattoos in his body and his most recognizable tattoo is Ice Cream on the cheek. He wears a shoe of size 14.

Furthermore, his chest and arms measurements are 44 and 15 inches. Also, his waist is 35 inches. In addition, his hair is black and his eyes are brown.

Gucci is active on social media and has his own website.