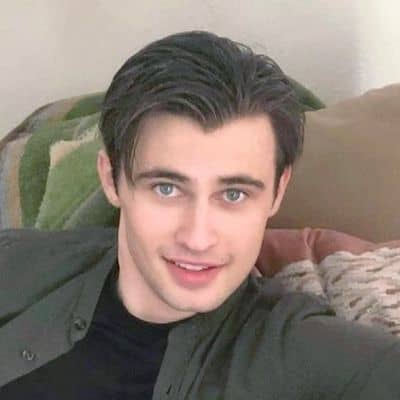 Gunner Burkhardt at present is possibly single. He has not provided the details of his affair of girlfriend to the media yet.

Who is Gunner Burkhardt?

Gunner Burkhardt is an American actor and model. He is most popular for his roles in Outmatched (2020) and The Secret Lives of Cheerleaders (2019).

In addition, his character of Spencer in the TV show Alexa & Katie is highly appreciated by the audience.

He was born on 19 Aug 1998 in Guernsey County, Ohio, United States. The name of his father and his mother is cloaked.

Gunner’s ancestry is Caucasian and talking about his academics, he attended Meadowbrook High School.

After he finished his high school education and moved to Los Angeles.

Gunner Burkhardt as a model was associated with International Modeling & Talent Association. He is also an amazing actor and has appeared in several screen projects.

His first screen appearance was Unlucky (2016) as an art critic. His other projects are The Secret Lives of Cheerleaders as Patrick and Outmatched as Tyler.

But he is popular for his appearance in the Netflix series Alexa & Katie from 2019 till 2020. In this, he played the character of Spencer which is loved by the watchers.

At present, his net worth is estimated at around $100k US. Also, his salary from the acting career is not yet revealed.

Regarding Gunner Burkhardt’s body features, his height is 5 ft 10 inches and his body weight is 75 kg. He has blue eyes and his hair is in dark brown color.

Gunner is officially active on social networking sites except for Twitter. He has more than 407 followers on Facebook.