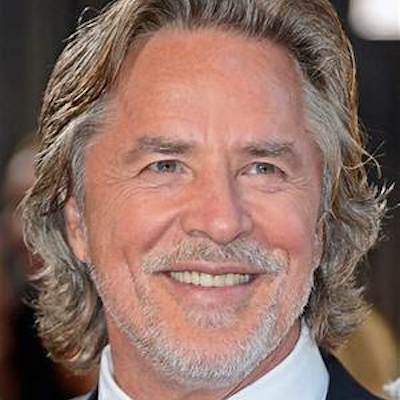 [on Goldie Hawn] Before you know it, she said to me, 'Let's get married because I'm becoming a star, and I don't want to say I'm just living with a guy

I want a husband.'

I last saw Goldie in the late 1990s, when we both ended up on the same flight to Germany. She looked good then, and she looks good now. She's probably had a facelift or two, but whatever. We were always friendly and on good terms, and I know she's done some positive work with kids through her Hawn Foundation. Now she's back making movies, and I say good for her!

Gus Trikonis at the present time is a widower and is possibly single. His second wife Barbara Andrews passed away on 02 April 2012.

They exchanged vows in the year 1978 and welcomed their first child in July 1981. They named their son Nicholas Trikonis and he works as a cinematographer.

But this wedding ended after the demise of Barbara.

Prior to her, Gus was in a married relationship with actress Goldie Hawn. They got married on 16 May 1969 and were together for seven years.

Gus Trikonis is an American actor, director, and dancer. In addition, he is also a producer as well as a screenwriter.

His last acted movie was titled The Hellcats of 1968 as Scorpio.

His birthdate is 21 Nov 1937 and he was born in Manhattan, New York, New York, the US as Kostas Tritchonis. The name of his mother and his father is under the curtain.

Further, Gus’s ancestry is Caucasian, and has an older sister Gina Trikonis who is an actress.

As per his academics, he studied for two years at City College, NY.

Gus Trikonis started his acting journey by appearing in a movie titled West Side Story in 1961. He then played the role of Joe in The Unsinkable Molly Brown (1964).

His other acting projects are The Sand Pebbles (1966), The St. Valentine’s Day Massacre (1967), and more. Moreover, he is also a director who directed his debut film title Five the Hard Way / The Sidehackers (1968).

By the sources of 2021, he has an estimated net worth of around $2 million. But his annual salary is under the rug.

This actor/director is keeping himself away from scandals as well as rumors.

Gus Trikonis’s height and body weight are of average shape. Adding more, he has light brown eyes and has hair in grey color.