Gustav Lindh at the present is possibly single. He has not shared the details of his affair or girlfriend with the public.

There are rumors of him dating a girl named Molly Nutley. But this news is still to get official. 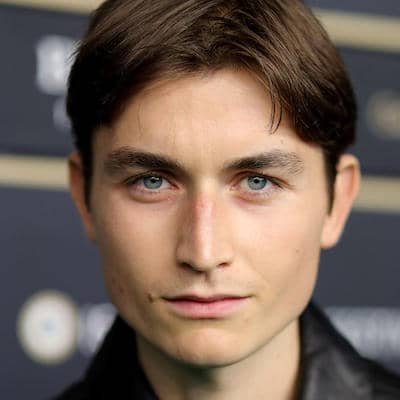 Who is Gustav Lindh?

Recently, he was seen in the movie The Northman. He was selected for the role of Thórir The Proud and the film got released in 2022.

This historical-fiction genre featured stars like Alexander Skarsgård, Nicole Kidman, Claes Bang, Anya Taylor-Joy, and more. The project is about a Viking prince who wants to avenge the murder of his father.

His upcoming movie titled Burn All My Letters as Olof Lagercrantz is in the post-production process.

His birthdate is 04 June 1995 and he was born in Västerås, Sweden. The name of his mother and his father’s identity is hidden.

Further, his ancestry is Swedish, and as to his academics, he might have studied in high school.

His movie credits are Diorama as Teun in 2022, Riders of Justice as Bodashka in 2020, Orca as Igor in 2020, and All-Inclusive as Carl in 2017. This actor is mostly seen on the small screen. Some of the popular TV series in which he played main roles are,

The star cast of the movie The Northman, Gustav is keeping himself away from scandals as well as rumors.

Gustav Lindh has an average height is 6 ft and his body weight is decent. Adding some more, he has blue eyes with light brown-colored hair.

Gustav Lindh is available on a few social sites and with a huge number of fans. On Instagram, he has around 19.4k followers.