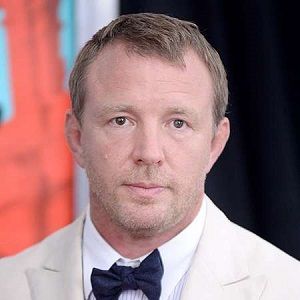 What I liked about American movies when I was a kid was that they're sort of larger than life and I think I'm still suffering from that reaction.

I got into film-making because I was interested in making entertaining movies, which I felt there was a lack of.

Ritchie was married to an American pop singer, Madonna. They have a son, Rocco John Ritchie and adopted Malawian baby boy, David.  This marriage did not last long as they were separated in 2008, citing incompatible differences.

Later, he was married to a model, Jacqui Ainsley on 30 July 2015 who he has been in relation to since 2010. They have three children: two sons, Raphael and Levi, and a daughter, Revka. Since then he has been enjoying a sweet and romantic relationship.

Who is Guy Ritchie?

Guy Ritchie is a brilliant English director, producer, and screenwriter, Additionally, he is an occasional actor, pub landlord, and businessman. He is known for his crime films. Furthermore, his notable directorial ventures include Lock Stock and Two Smoking Barrels, Sherlock Holmes, and Snatch among the others.

Ritchie was born in Hatfield, Hertfordshire, the UK on September 10, 1968. He is a British citizen and of mixed (‎English, some Irish, distant French) ethnicity. Her parents are Amber (née Parkinson) and Captain John Vivian Ritchie, former Seaforth Highlanders serviceman and advertising executive. He has one elder sister Ritchie Tabitha, a dance instructor, and a half-brother, Kevin Baynton.

Furthermore, he is dyslexic and has been expelled from Stanbridge Earls School.

Also Read: Biography of Sophie Hunter and know her relationship, ethnicity, and many more

Ritchie started his career on a high note with his highly stylized crime caper comedy Lock, Stock, and Two Smoking Barrels. This film was followed by many other hits like, ‘Snatch (2000), Swept Away (2002), and the biggest hits of his career, Sherlock Holmes (2009), and its sequel, Sherlock Holmes: A Game Of Shadows among the others. Other films include RocknRolla, Revolver, King Arthur: The Legend of Sword, and the upcoming film, Aladdin.

During his directorial career, he has earned a lot and living luxuriously. He has an estimated net worth of $150 million.

Guy Ritchie has a height of 5 feet 10 inches and weighs around 87kg. He has brown eyes and brown hair.

You may also like to read Rocco Ritchie, Tania Strecker, Jacqui Ainsley