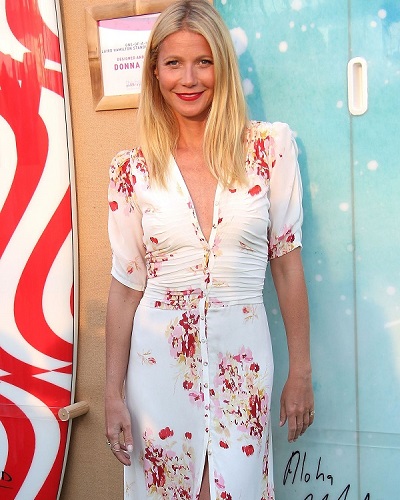 Gwyneth Paltrow and Chris Martin divorced in 2016. But Gwyneth says that the experience was painful to go through for the ex-couple.

The actress and singer opened up about their divorce in an interview with The EDIT.

Update: Gwyneth is married to Brad Falchuk since 2018. Whereas Chris Martin is dating Dakota Johnson.

Gwyneth Paltrow and Chris Martin called it quits in 2014 but the divorce was finalized in 2016. She made the split look easy when she consciously uncoupled from Chris Martin, but now the actress says the experience was one of the most difficult in her life. Paltrow explained,

“I wanted to turn my divorce into a positive. What if I didn’t blame the other person for anything, and held myself 100 percent accountable? What if I checked my own s—t at the door and put my children first? And reminded myself about the things about my ex-husband that I love, and fostered the friendship?”

Paltrow admits separation from this relationship was not easy. She said,

“What I put myself through to get there was the most difficult thing I’ve ever done in my life,” she explains.

Paltrow and Chris announced the end of their 10-year marriage in March 2014, using the phrase “conscious uncoupling.” She added,

“People are coming around. I know it’s a dorky term, but it’s very worthwhile. I’m always the person who gets s— at first, but then later people say, ‘Hey, maybe that’s a good idea.’ I don’t mind.”

You may like to read Gwyneth Paltrow reveals that her marriage to Brad Falchuk had not one but two celebrity chefs!

On a positive note, she sees the divorce, like other major turning points in her life, as an opportunity for growth,

“I’ve had an extraordinary life, where things have happened in a huge way – huge success, huge joy, huge pain, huge loss. And the reason I feel happy today is that I’ve milked the f—– out of every opportunity. I haven’t made one mistake that I haven’t used as a stepping stone to get somewhere else. I’m ruthless when it comes to using the hard things.”

The pair finalized their divorce in July 2016. The ex-couple together have two children, Apple Martin, Moses Martin. The parents continue to amicably co-parent their children. Paltrow in an interview with The EDIT told that their kids have handled fame well,

“They passed laws a couple of years ago about [paparazzi] not harassing children, so I take them everywhere with me like a shield – they’re good for something!”

“My kids can handle [fame]. They know their lives are extraordinary. And girls today are allowed to be anything; they’re self-possessed, confident, they like themselves. In Apple’s peer group, I don’t see the insecurity I saw at that age.”

Also read Know what celebrities Gwyneth Paltrow and Isa Souza have to say about their vitamin D deficiency and bone thinning!

Gwyneth Kate Paltrow is an American actress, singer, comedian and food writer. She gained early notice for her work in films such as the thriller Seven (1995) and the period drama Emma (1996). Following starring roles in the romantic comedy-drama Sliding Doors (1998) and the thriller A Perfect Murder (1998), Paltrow garnered worldwide recognition through her performance in Shakespeare in Love (1998), for which she won an Academy Award, a Golden Globe Award and two Screen Actors Guild Awards. Paltrow has portrayed supporting, as well as lead roles, in films such as The Talented Mr. Ripley (1999), The Royal Tenenbaums (2001), Shallow Hal (2001), and Proof (2005), for which she earned a Golden Globe nomination. More bio…

Complicated relationship status of Tiffany Haddish. Is she still with her husband or had divorced?
Tags : American Actress Comedian food writer Singer