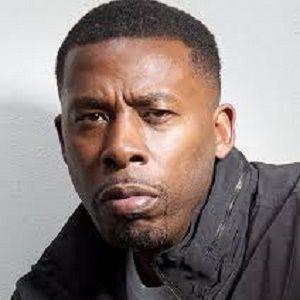 You could say we [The Wu-tang Clan] have a cult-like following. I saw this dude one night at a concert with a Wutang tattoo on his face. I've never seen anyone with a G-Unit tattoo like that. To many, we're icons.

GZA is single (as of 2018). He is focussing in his profession to get a successful life.

He seems happier in a single life. Even if he is having an affair, there is no information about his girlfriend or partner.

GZA is a songwriter and American rapper who is famous for his stage names GZA. He is popular as the group’s “spiritual head”, being both the first within the group to receive a record deal and the oldest.

A rapper was born on  August 22, 1966, as Gary Grice in  Staten Island, New York, USA. His ethnicity is African American and nationality is American.

He is the cousin of The RZA and the late Ol’ Dirty Bastard, an American rapper and producer. The detail records of his parents and siblings are unavailable.

He was interested in hip-hop from the early 1970s.

At the 10th grade, he left the school. Furthermore, the information about his school and college is unknown.

He began his career by joining the Wu-Tang Clan in 1992, a group of nine, formed by his cousin RZA. Their first debut album where he had some high-profile appearances was, Enter the Wu-Tang (36 Chambers) (1993), including a solo track, “Clan in da Front.”

Moreover, in 1995, these guest appearances were followed up with GZA’s second studio album, Liquid Swords which released on November 7 by Geffen Records. The Recording Industry Association of America announced that the album had earned a Platinum certification for having sold more than 1 million copies on October 8, 2015.

In 1999, his third studio album Beneath the Surface was released by MCA Records. As well as, it earned a Gold certification by RIAA. A sequel to his first solo album was released, Legend of the Liquid Sword in 2002. Moreover, in 2004, he spent touring, both solo and with the Clan, and made an appearance with RZA in Jim Jarmusch’s film Coffee and Cigarettes, opposite Bill Murray.

GZA and DJ Muggs released collaboration album Grandmasters in 2005. His fifth solo studio album Pro Tools was released by Babygrande Records in the summer of 2008. Besides, he released a single “The Mexican”, featuring guitarist Tom Morello and singer Kara Lane in February 2015.

He has not received any awards till now but has been nominated in Grammy awards in 2018. In coming days, he is favorite to win awards.

He has not been the part of any controversy till now. He is maintaining his personal life well.

He earns a decent amount of money but has been keeping away to the media or public.

His estimated net worth is about $18 million which he earns from his profession.

He possesses an average body with black hair and with dark brown eyes.