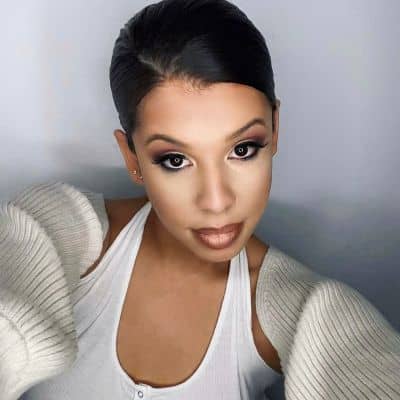 Talking about her love life, Hailie Sahar is presently single and is not dating anyone at the moment. She has not opened up anything about her relationship details and related news to the public.

Sahar was born as a boy as per different officials. Later, she found that she was wrong about her gender orientation. Later, she went under surgery to have the look of a woman.

Hailie is a transgender woman. She proudly represents the LGBTQ community with her head held high.

Who is Hailie Sahar?

Hailie Sahar is a well-recognized American actress, recording artist, fashion designer, and activist. Sahar is widely famed for her role as Lulu Abundance.

Moreover, she is the co-founder of the House of Ferocity in the TV series, Pose.

Hailie Sahar was born on 12 July 1988. At present, her age is 33 years old. Likewise, her birthplace is Los Angeles, California, the USA.

Not knowing much about her father and mother’s details, Hailie has been secretive towards her family details. Moreover, she has five brothers. Her dad was a preacher in a Baptist church.

Talking about her nationality, Sahar holds an American identity whereas her ethnicity is Black, Latin, Indian, German, and Jewish.

The star was a dancer for L.A.’s WNBA team, the Sparks. She also participated in Los Angeles Ball scene. At age 18, she became one of the youngest leaders of a house in the ball community by becoming the ‘mother’ of the House of Rodeo.

An American talent, Hailie began her career at an early age as a SparKid dancer for the WNBA Sparks. She made her film debut in 2011 in the musical Leave It On the Floor. Later on, the star co-featured alongside Jeffrey Tambor as Adriana in the third season of Amazon’s Transparent.

Additionally, Sahar has also performed in the Off-Broadway production of Charm. The star portrayed the role of Lulu as part of the main cast of Pose, an FX TV series that began in 2018. She also started emerging the recurring character Jazmin on the Freeform TV show, Good Trouble.

At the 2016 TranNation Film Festival, Hailie performed a live duet with Miss America, Betty Cantrell. She then released her first music video in January 2017. The visual for her song, California Dream exhibited her creativity, empowerment, and overall artistic vision.

Moreover, Sahar is one of Hollywood’s New Rising Talented in OUT Magazine. She was crowned Miss L.A. Pride and Queen U.S.A. The star was also honored by the 57th Presidential Advisory Council with an invitation to speak on the HIV/AIDS epidemic at The Ronald Reagen International Trade Center.

A multi-talented star, Sahar has earned a handsome amount of money from her profession. She has been actively present in her profession from the year 2011 till the present.

It is reported that Hailie Sahar has an estimated net worth of $1 million.

Hailie has never been part of any controversial matter or rumors till now. The star has been preoccupied with her professional and private life.

It seems that Sahar prefers enjoying her personal life and does not want to merge it with her professional life.

33 years old star, Hailie has gorgeous looks and an admirable personality. She stands at a height of 5 feet 6 inches. Also, she has a balanced body weight of 57 kg.

Furthermore, Sahar has brown eyes whereas her hair is black.

Regarding her social media presence, Hailie Sahar is an active personality on social media. Hailie has more than 269k followers on her official Instagram account @hailiesahar.

She is also active on Twitter with around 37.7k followers.

Moreover, Sahar is also available on Facebook with nearly 12k fans and supporters.