Updated On January 13, 2023 | Published By: Marshal
Share this
Married 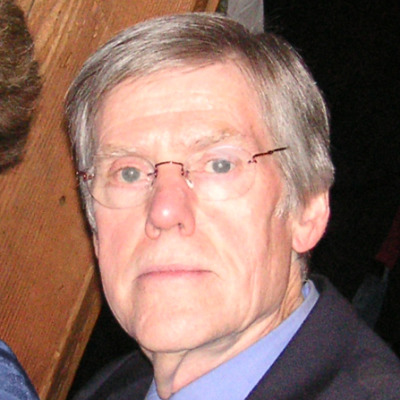 Hal Barwood is married to his childhood love Barbara Ward. She is a teacher by profession. There are no details about their marriage date. We don’t have information about their children as well.

His previous relationship is not mentioned anywhere so it’s unknown.

Who is Hal Barwood?

Hal Barwood is a famous screenwriter, film producer, director, and Novelist. He is also a game producer and designer. Hal has written, produced, and directed many films such as Dragonslayer, Warning signs, and others.

The famous screenwriter, Hal Barwood was born in Hanover, New Hampshire United States in 1940. His father used to run a local movie theater in the town, which later became an inspiration to involve in the film industry.

Details regarding Hal’s parent is not available at the moment. there is not much to read about his siblings as well so we don’t know if he has siblings or not.

Since his father used to run a movie theater, he was fond of movies and used to watch them with much interest. During his high school days, he saw Ingmar Bergman’s The Seventh Seal which became another inspiration to become a filmmaker.

Regarding Barwood’s educational background, he graduated with honors with a BA in arts from Brown University in Providence, Rhode Island. Later he attended the University of Southern California’s School of Cinema-Television.

Barwood started his career with a short movie The Great Walled City of Xan in 1970, which he wrote, produced, and directed. The first worked in films as an animator in the first theatrical feature films and the social science fiction film THX 1138.

He got his fame after he and Matthew Robbins were hired to rewrite The script of The Sugarland Express. It was released in 1974. Even though it did do well at the box office but won the award for Best Screenplay at Cannes Film Festival.

Later in 1976, his comedic sports film The Bingo Long Travellin All-Stars and Motor Kings was released which got nominated for AFI’s 10 top 10 sports film category.

In the following years, the pair wrote the Corvette Sunner and Dragonslayer. Barwood made his directorial debut with The Warning Sign which was released in 1985 and got a lot of negative reviews.

Barwood realized he wanted to make video games when he was working for Dragonslayer. Soon he grew video game designing as his second passion. Throughout his career, he has developed a number of games such as Indiana Jones and The Fate of Atlantis: The Action Game, Star wars: Yoda Stories, RTX Red Rock, Mata Hari, and many more.

Famous writer film producer, director, game designer, and producer has many sources of income. Hal’s estimated net worth in 2023 is $14 Million.

The famous movie producer and game developer Hal Barwood has not fallen into any controversy. His few movies had negative reviews from critics but there are concerning rumors and controversies about him.

83 years old  Hal has grown old. He wears glasses and has brownish-grey hair and a white beard. Even in his early 80s he still has an attractive personality.

Barwood’s other body measurement is not available at the moment.

Hal Barwood has an on Facebook and Twitter. However, he hasn’t posted anything since 2019. It seems as if he is not currently active on any social media platforms.