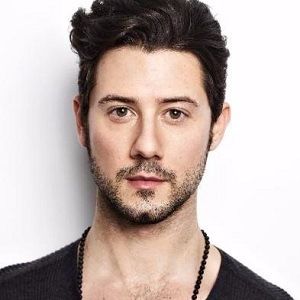 My intention is always to honor the character that Lev [Grossman] created in the books and my greatest concern, honestly, is that the fans of the books will embrace me as this character that they've imagined in their heads.

I think The Magicians takes these conventional ideas from this Christian literature of good vs. evil and it sort of shakes it up and asks a deeper, darker question about the nature of not just humanity in the face of good vs. evil, but the challenges of everyday life. And I think there's something incredibly timely about that and incredibly relatable to anyone who's growing up. Because we're all growing up. We're all constantly evolving.

I think with The Magicians, the Harry Potter and Narnia influences are obviously there.

What is the relationship of Hale Appleman?

Hale Appleman is single. He likes to update his fans about his professional life but hesitates when it comes to sharing relationship status. Because of his mysterious personal life, many speculate him to be gay.

However, the case took the next turn when in Dec 2012, he shared a picture with the 2017 comedy movie ‘Lady-Like’ Actress, Stephanie F.Simbari. As of June 2015, Hale took to Instagram again with the same lady with a caption, Love your wife love your life. Even Simabri’s responses to posts on Twitter proves that Hale is her husband.

Who is Hale Appleman?

Hale Appleman is an actor who is known for his roles as Eliot Waugh on The Magicians and Zach on Smash. His film roles include Teeth and Private Romeo.

What is the birth name of Hale Appleman?

There is no information about his siblings. Hale holds American citizenship and mixed (Ashkenazi Jewish- Irish- English) ethnicity. His birth sign is Capricorn.

Regarding profession, Appleman’s stage fame includes the revival of Streamers at the Roundabout Theater Company, Clifford Odets’ Paradise Lost at the American Repertory Theater, and as well as in the Sarah Ruhl’s Passion Play as Jesus.

During 2011, he played Bob in Moonchildren at the Berkshire Theatre Festival and can be heard on the L.A. Theatre Works recording of Sam Shepard’s Buried Child. Eventually, Appleman was seen at The Old Globe Theater as Mercutio in The Last Goodbye.

Likewise, Hale Appleman has also played Zach on the NBC dramatic series Smash. Additionally, he made his film debut in Beautiful Ohio and portrayed cartoonist Judd Winick in Pedro. In addition, his other credits include Mercutio in Private Romeo, the short film Oysters Rockefeller, and he currently plays the magician Eliot in The Magicians, a TV series based on the novel of the same name as Lev Grossman.

He has won Outstanding Actor in a Feature Film for Private Romeo (2011) at Grand Jury Award.

How much is the net worth of Hale Appleman?

As sources have calculated, Hale has a net worth of around $10 million as of 2022. He has earned this sum of money from his professional career only.

Hale Appleman has a height of 6 feet 1 inch and his weight is 75Kg. In addition, his chest, waist, biceps sizes are 39-30-14 inches respectively. Hale’s hair color is black and his eye color is light brown.

Also, read the affair, salary, the net worth, controversy, and the bio of Kristoffer Cusick, Daniel Henney, Robert Belushi