Haley Busch is an American actress. She is currently in a relationship.

Haley Busch is currently in a love relationship with her longtime boyfriend. She has been dating Clark Costello since the age of 18.

At present this couple completed 8 years of their affair. The rumors of them exchanging rings are over the internet but this is just false news.

However, Haley is also waiting for her beau to propose to her with a ring. 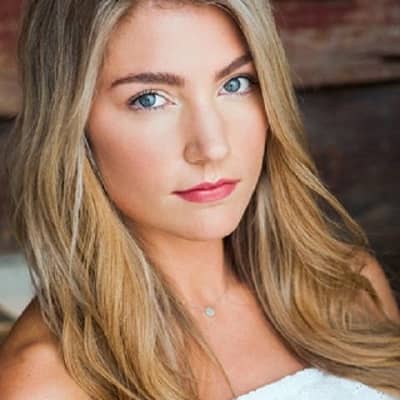 Who is Haley Busch?

Haley Busch is an American actress. She is known for working on projects titled 23 Minutes to Sunrise, The Final Song, and The Importance of Doubting Tom.

She was born on 03 Feb 1993 in West Palm Beach, Florida, the USA. The name of her father is Billy Busch Sr. but her mother’s name is Christi Busch.

Also, her great-grandaughter Adolphus A. Busch founded the Anheuser-Busch Company and Budweiser beer. She is the second oldest among her siblings, Billy Jr., Abbey, Gussie, Grace, Maddie, and Peter.

Haley belongs to Caucasian ancestry. Regarding academics, she attended Sacred Heart School which is an All-Girls school. Then she moved to Los Angeles for her further studies.

Haley Busch is associated with the entertainment industry. She has appeared in several screen projects.

In 2007, she made her debut with a comedy movie named Bratz. There she played the character of Confession Girl. Then she was seen in Sam Steele and the Junior Detective Agency (2009) as a waitress, Play Dead (2010) as Claire, and more.

In 2020, she was seen as herself in a TV series The Busch Family Brewed. Her other acting credits are,

She has a net worth of $1 million (estimated) as of the year 2022. However, her salary and other earnings are unknown.

Her family is the owner of a 700-acre estate. Plus her father Bily has assets worth $200 million. Some of the top actress’s financial worth is,

Regarding Haley Busch’s body features, her height is 5 ft 4 inches and her body weight is 49 kg. Moreover, her eyes are blue and her hair is light brown.