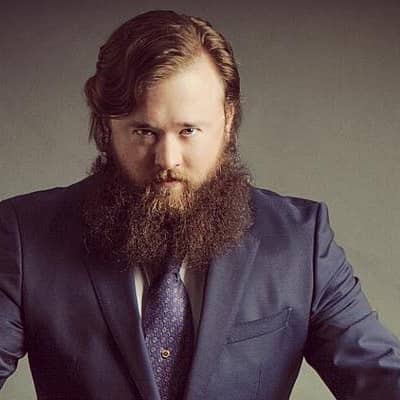 Haley Joel Osment has never introduced anyone as his girlfriend or lovers. There is no confirmation whether he is single or he has a loved one. Presently, he appears to be single.

In further days, if he revealed anything about his love life then we will update it.

Who is Haley Joel Osment?

The actor was born on April 10, 1988, in Los Angeles, California, U.S. His full name is Haley Joel Osment. The actor holds an American nationality and belongs to mixed ethnicity of Irish, German, English, Scottish.

Haley is the son of Michael Eugene Osment and Theresa Osment. His father is a theater and film actor whereas his mother is a teacher by profession. He was raised in Roman Catholic with his younger sister named Emily Osment who is also an actress.

Talking about his academics, he studied at Flintridge Preparatory School in La Canada Flintridge, California. To further his studies, he attends the New York University’s Tisch School of the Arts.

Haley began his television career at the age of four through a Pizza Hut TV commercial. After the commercial, he launched his acting career through the ABC TV sitcom, Thunder Alley in 1994. That year, he made appearances in two more series called The Larry Sanders Show and Lies of the Heart: The Story of Laurie Kellogg.

Furthermore, some of Osment’s creditable film and television series are,

In 2006, Osment allegedly lost control of his 1995 Saturn car and had an accident in La Canada Flintridge. In an accident, he got injured, and also his shoulder blade and rib were fractured.

Haley’s primary source of income is his profession as an actor. As of 2021, he has an estimated net worth of around $6 million.

Taking about his salary, he earned around $150,000 throughout his breakout film role The Sixth Sense. Similarly, he received around $1 million for Pay It Forward and around $2 million for A.I: Artificial Intelligence.

The actor is 5 feet 4 inches tall and his weight is around 86 kg. He has small eyes with hazel blue. Likely, he has brown hair and he prefers to keep the beard.

Likely, he is active on Instagram under the username @hjosment where he has over 76.7k followers. He has a Facebook page with more than 70k followers.