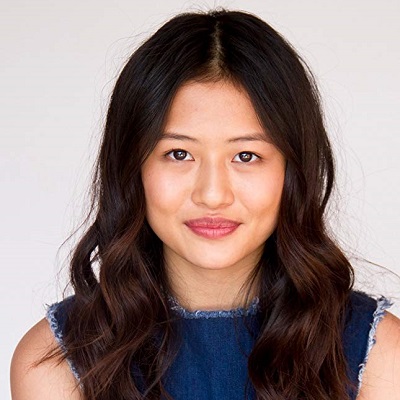 ''I strongly believe in equality among all.'' ''When I was younger I always loved the idea of portraying different characters. To me, it was similar to expressing various personalities or alter egos of myself. So when my older sisters started acting I decided to hop on board as well.'' ''Don't let anyone else's negativity affect your dreams or aspirations. In any business, it is crucial to know that you are capable of achieving what you want and believe in but also there is no substitution for hard work. Stay passionate and determined.'' ''I think it's imperative to let your creative side roam.'' ''My favorite part about acting is being able to touch people's lives and become these unique characters that bring out different sides of myself.''

She is not much open about her personal life.

She currently is focused on her acting career.

Who is Haley Tju?

Haley Tju is an American actress. She is known for her role as Pepper in the Nickelodeon television series Bella and the Bulldogs.

The Actress was born and raised in California, US to Nancy Tju(mother) and Chris Tju (father) and has Chinese/ Indonesian parents.

She belongs to Asian ancestry.

She has four siblings and is the youngest among them. Her older brother’s name is Christopher Tju and her older sisters are Brianne Tju, Katelynn Tju, and Lauren Tju. Her sister Brianne Tju is also an actress.

Her first television appearance was in a commercial for Pizza Hut.

At the age of seven, she appeared on he first  TV show, Hannah Montana. It was in the fourth episode of the third season, ‘You Never Give Me My Money’.

Tju has appeared on The Suite Life on Deck where she played Young London in an episode.

Later came episode appearances on Desperate Housewives, Jessie, Go On, and The Thundermans.

In 2013, Tju was signed to a talent deal with Nickelodeon after participating in a showcase at the Los Angeles Groundlings Theater.

Her debut film was the 2010 Burning Palms where she portrayed the role of Rose. Then she appeared in a television movie like Den Brother, Smart Alec, It’s On!, The Dumb Show, Rufus and Rufus 2.

Her first prominent role was as a voice actor in the children’s animated series Monsters Vs. Aliens as the character of Spweep. Later she did the voice-over on The Loud House, Big Hero 6: The Series.

What’s the Net worth of Haley Tju?

She has a fan following of 332K on her Instagram handle where she charges around $500k per post. She is active on social media.

Tju has brown eyes with brown hair. Her height is 5 feet and 1 inch and weighs around 50 Kg.

She has a banana-shaped body. Her body measurements are 30B-24-32 inches.

You may also know about net worth, body measurements and early life of Jansen Panettiere, Olivia Sanabia and Tessa Espinola.