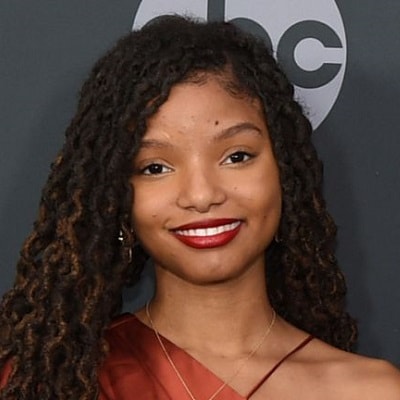 I'm not done with love, but I refuse to settle. I am a hopeless romantic. And I won't stop till I get it right.

When I was a kid, my mother told me that if you could not be a good loser, then there's no way you could be a good winner.

The first step is clearly defining what it is you're after, because without knowing that, you'll never get it.

Halle Bailey is currently single. She is currently focused on her studies and career and does not want to be in a relationship. Hope, she will find the perfect one in the future.

Who is Halle Bailey?

Halle Bailey is an American actress and R&B singer who is well recognized as Aerial in the remake of Disney’s ‘The Little Mermaid’. She is one half of the sister duo Chloe x Halle, the other being Chloe Bailey.

Halle along with her sister was raised in Los Angeles, California. The sisters were encouraged to sing and follow their dreams by her parents. She learned to play cello and violin at a very young age and taught herself to play guitar.

Halle holds American citizenship but her ethnicity is African-American.

She was home-schooled and later graduated from high school on June 8, 2018.

She along with her sister formed a group named Chloe x Halle. At first, the sister uploaded the covers of pop songs on YouTube. After seeing the potential of daughters, their father left his day job and became their full-time manager. After that, the sisters began performing all over Atlanta.

In September 2013, their first EP titled ‘Uncovered’ was released but was not much recognized. On April 29, 2016, Chloe x Halle’s EP titled Sugar Symphony was released which was followed by a mixtape ‘The Two of Us’, released in March 2017.

They released a single ‘The Two of Us’ in 2017 which reached No. 17 on Rolling Stone magazine’s Best R&B Albums of 2017 list. In addition, they released the theme song for the TV series ‘Grown-ish’ titled ‘Grown’ in December 2017.

Halle has been successful in keeping herself far from rumors and controversies in her personal and professional life.

Halle Bailey has dark brown eyes and black hair. Also, she weighs 45 kg. But, her height, body measurement, etc. are not available.

The family legacy! Peter Goldwyn, grandson of Samuel Goldwyn fundraises for the West LA childcare center founded by his parents!