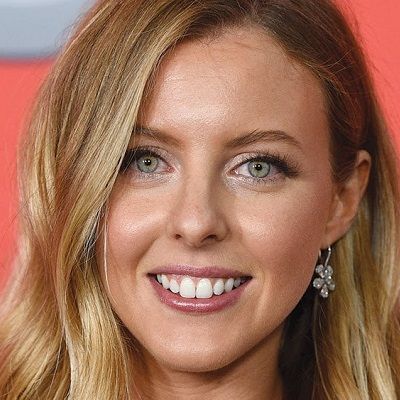 My mom and I made this movie together – she produced it, I directed it, it was awesome for us, it was special

There was nothing but positivity and support so I’m not trying to shy away from it at all. I made a film in a genre that my parents have excelled in and I think if anything that’s really exciting and special for us.

Hallie Meyers-Shyer is engaged to an entrepreneur Ophir Tanz. He is the president of the AI company and GumGum. They exchanged rings on 31 August 2018.
This couple started to date since 2012. In 2015, they moved to their own home which is a 1954 one-story hacienda.

Hallie Meyers-Shyer is an American actress, director, and writer. She is known for her directed movie Home Again.

Hallie was born on July 26, 1987, in Los Angeles, California, USA. Her father is Charles Shyer and her mother is Nancy Meyers. Both of them are directors, screenwriters, and producers.

Hallie’s mother’s ethnicity is Ashkenazi Jewish. She has a younger sister named Annie Meyers-Shyer who is an actress.

Talking about education, Hallie first went to Crossroads School in Santa Monica, California. Then for higher studies, she joined the University of Southern California but got transferred.

She shifted to The New school, New York City and completed her graduation in literature.

Hallie has appeared in six movies. They are

Hallie has written and directed a romantic comedy movie named Home Again. It was released in the year 2017 and was produced by Erika Olde and Nancy Meyers.

She has an estimated net worth of $1 million US. Her directed movie Home Again had a box office collection of $37.3 million US and was made with a budget of $15 million US.

Her mother Nancy has a net worth of around $10 million US.

An American director’s average salary is between $55k-$240k US.

Hallie Meyers-Shyer has grey eyes and light brown hair. Her height and weight are average.

Hallie Meyers-Shyer’s Instagram has around 15.2k followers and has posted over 222k posts. Her Facebook page has over 154 followers and was created on June 30, 2017.