Updated On November 10, 2022 | Published By: Frances West | In Affair , Career , Relationship
Share this 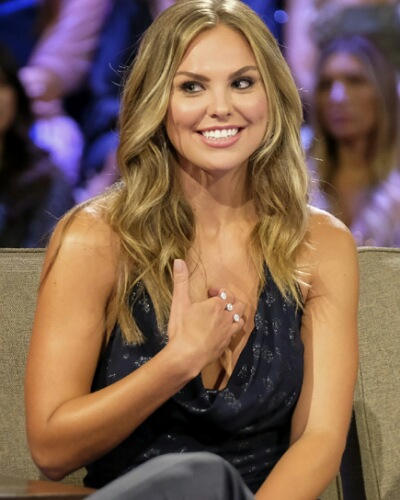 Is she dating someone or single?

Update: Hannah Ann is dating her boyfriend Jake Funk, a running back for the L.A. Rams.

The relationship status of Hannah Ann

The model had the split with her then-fiance Weber on camera after getting engaged. After the breakup, the model revealed that she is single. She is on the path to finding the love of her life.

However, people raised their eyes after she shared the picture of her with a guy in the pool. He is someone from the reality show ‘The Bachelor”.

Josh Dobbs, who she describes as her friend, has made his appearance on her Instagram stories. In some of the events, the source went on to claim they allegedly were all over each other and making out. However, neither of them has come forward to give any confirmation on the statement.

The model recently appeared on Tuesday’s “After the Final Rose” live show. On the show, she addressed her breakup with the reality star. However, she did not disclose anything about her love life and current relationship status on the show.

Is Hannah Ann ready to mingle?

The model appeared on Thursday’s episode of  Ellen DeGeneres Show where she talked about her broken engagement with stand-in host Sean Haye. Moreover, she also mentioned the split did not take joy to look for the love of her life.

On the show, the model got the question if she is ready to meet someone. She mentioned Tyler Cameron as the person from Bachelor Nation she’d most like to date. In addition, she stated that this was an easy question to reply to.

Meanwhile, on the other hand, she will appear on another reality show ‘Bachelor In Paradise’. On the other hand, Cameron appeared in Hannah Brown’s season of The Bachelor and has not said anything about appearing on the show.

After breaking the engagement with Brown, the reality star name linked with supermodel Gigi Hadid. After the split with Ann, Peter got close to another Bachelor contestant  Madison Prewett. However, they have also parted ways and the reality star confirmed the news through Instagram.

The Bachelor season which starred Weber had a dramatic ending with him getting engaged to Ann splitting with her to getting close to Prewett.

Peter Weber is an American television personality. Peter is also a pilot, reality television social, and social media personality from Fairfax, Virginia. He appeared in the show ‘ The Bachelorette’ season 15. Besides being an actor, he works as a commercial pilot for Delta Air Lines. See more bio…