Hannah Bronfman is DJ, Fitness Influencer, and Entrepreneur. She is married and a mother of one. 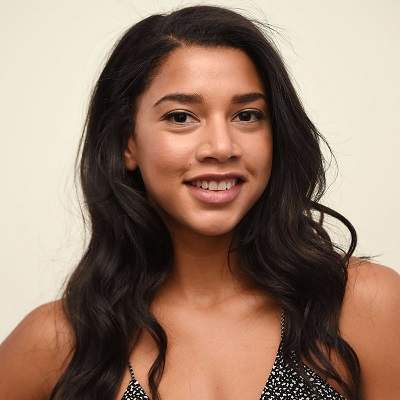 Don't forget to tell yourself positive things daily! You must love yourself internally to glow externally

There's nothing like starting the day with a healthy, filling breakfast smoothie

Eating well and staying active is the necessary base to a clear complexion and a healthy body and mind.

What is the relationship of Hannah Bronfman?

Hannah Bronfman is happily married to Brendan Fallis. His husband, Fallis is also a DJ.

The couple got engaged to each other on 17th August 2015. Before that, they have dated each other for a long time. After two years of engagement, they married on 20th May 2017. The wedding took place in Marrakesh, Morocco.

Together, the couple is blessed with a son, Preston Miles Thomas Fallis. The former president, Barack Obama himself announced the news during an interview. After that, she posted her baby’s picture via Instagram.

Who is Hannah Bronfman?

Hannah Bronfman is DJ, Fitness Influencer, and Entrepreneur. Bronfman is renowned as the founder of Healthy Beauty Fitness.

Also, she is a founder of the beauty service app, Beautified.

Hannah Bronfman was born on 26th October 1987 in Manhattan, New York City. She is of Jewish ethnicity with All-American ancestry.

Her father, Edgar Bronfman Jr. is an American businessman. Currently, he is serving as the Managing Partner at Accretive LLC. Her mother, Sherri Brewer is an actress. Her parents married in 1979. However, her grandfather, Edgar Bronfman Sr. didn’t approve of the marriage due to their different family backgrounds.

She has two siblings including a sister, Vanessa Bronfman, and a brother, Benjamin Bronfman.

In 1991, her parents separated from each other via divorce. After that, Edgar remarried Clarisa Alcock San Roman. From the marriage, she has four half-siblings; Aaron, Bettina, Erik, and Clarissa.

Moving to her academics, she graduated from Bard College in December 2010 with Honors in Sculpture.

She started her career as an investor with the restaurant, Hotel Griffon. At the time, she was just 20 years old. Moving forward, she joined the multimedia company, Of Green Owl as the manager. Apart from being a manager, she also happens to be the co-founder of the firm.

After that, she developed the mobile app, Beautified as co-founder. The app offers its user to reserve their seat last minute in salons, Spa, and Gym. At first, the app offered its service in New York City.

After the huge success of the app, they started providing their service in Los Angeles and San Francisco in 2014. The year, the capital of the firm reach $1.2 million. In the same year, she got separated from the app. The app stopped its service in April 2018.

Besides being an entrepreneur, she is also a social media influencer who motivates her followers through her fitness routine. In 2019, she published her health and wellness book titled Do What Feels Good. Also, she runs the fitness website, HBfit.

Apart from that, she also works as an event DJ.

Besides that, she also makes via her business ventures.

She has black eyes with black hair. She stands at a height of 5 feet and 7 inches and weighs around 57 kg.

Who is Desmond Styles? Know about his age, children, social media, biography