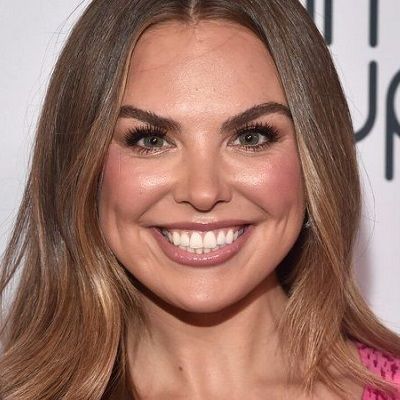 Hannah Brown is currently is in a relationship. She is dating a model Adam Woolard. The rumors of their affair started when they were seen holding hands at the Abbot Kinney Boulevard in Venice Beach, late January 2021. But she did not confirm anything till Valentines Day 2021.

On 14th Feb 2021, she made her relationship official posting a story of them mentioning him as her Valentines.

She was dating her ex-boyfriend, Tyler Cameron. Recently, this couple was spotted after six months of quarantine.

People love Hannah with her professional dance partner Alan Bersten and want them to date. However, none of them have thought about it.

Who is Hannah Brown?

As of 2019, she is a contestant of the 23rd season of The Bachelor and 28th season of Dancing with the Stars.

Hannah Kelsey Brown was born on 24th September 1994 in Tuscaloosa, Alabama, US. She is the daughter of Robert Walker-Brown and Susanne Brown.

She was raised both in Tuscaloosa and in nearby Northport, Alabama with her brother Patrick Brown.

Again in 2018, she competed for Miss Alabama USA representing West Alabama and was crowned by Smith.

Likewise, she also competed in the 2018 Miss USA.

In the year 2018, she was cast in the 23rd season of The Bachelor, where she was placed in the seventh place.

Similarly, on 12th March 2019, she became the lead for the upcoming fifteenth season of the show for its second part.

In August 2019, it was announced that Hannah would be one of the celebrity contestants to compete in the 28th season of Dancing with the Stars.

She was the second woman to participate in Dancing with the Stars from The Bachelorette. Her partner is Alan Bersten.

They are successful in securing a place in the semi-finale of the show.

In 2019, she won the People’s Choice Awards for The Competition Contestant in The Bachelorette.

Hannah Brown is a green-eyed-blonde. Similarly, she is 5 feet 7 inches tall and weighs around 59 kg.