Are Hannah Brown and her DWTS partner Alan Bersten dating? The pictures say it!

Posted by MarriedBiography Posted on October 5, 2019 | In Dating , Relationship
Share this 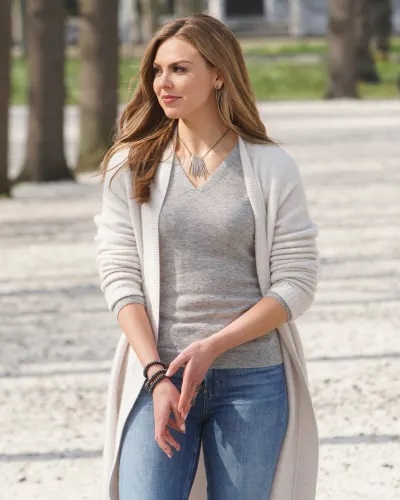 The former Bachelorette Hannah Brown and her DWTS partner Alan Bersten were in Disneyland for a day out. They sparked rumors that they are dating. But is this true? Let us find out.

The Disneyland trip of Hannah Brown and Alan Bersten

Hannah Brown is now competing on the show Dancing with the Stars after her The Bachelorette days. Her dance partner on this show is Alan Bersten. On 4 October 2019, Alan, 25 put up a video at 4.35 am on his Instagram Story. He said:

Alan later met with Hannah and the two went for a day trip to Disneyland. They clicked some selfies which Alan put up on his social media. In one of the pictures, Hannah has placed her arm around Alan’s shoulder. After they rode the Mill Falcon they teased each other about their driving skills. They were wearing the iconic Disneyland’s items-Hannah wore rose gold Minnie Mouse ears while Alan was in the classic Mickey Mouse Club hat. Just before riding the Guardians of the Galaxy attraction, Hannah was holding Alan’s arm.

Earlier this week, Hannah had denied that about any sort of romantic relationship with Alan. She had said:

“I think I’m done with roses, so mirrorball [trophy] is what we have our eye on.”

Even before she started doing the DWTS show, Hannah had made it clear that she is not on the show for dating. She said at that time:

“I’m not focused on my love life. I think you never know when you’re going to meet somebody and where that’s going to be. But for me, that’s just not my main priority [now].”

Hannah Brown and her love life

It may be recalled that Hannah had chosen Jed Wyatt and engaged to him on the show The Bachelorette season 15. But before the July finale, she broke the engagement when she and the show producers found that Jed was having a girlfriend already. She then asked runner-up Tyler Cameron for a date out. But he too ditched her and was dating Gigi Hadid for two months before calling it quits now.

Hannah’s friend Demi Burnett has warned Hannah to not date Alan now, after her public heartbreaks which are more traumatizing. Demi said:

“He’s the best. I could talk to him all night. I don’t know if there’s any chemistry. And I don’t want anyone putting all that pressure on her. I feel like everyone is like, ‘Ooh, they’re gonna fall for each other?’ Who knows!”

Click to know more about The former Bachelorette Hannah Brown posts that she is not happy but tries to find joy!