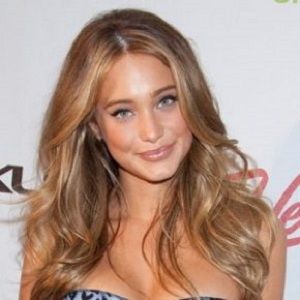 Hannah Davis is now a married woman. She is married to the former American baseball player Derek Jeter. She began dating former MLB star Derek in 2012. After four years of their relationship, the couple got married on July 9, 2016, in Napa Valley. In February 2017, she announced that the couple is expecting their first child, a daughter. Hannah and Derek have been married for less than a year and their relationship is going very well.

Who is Hannah Davis?

Hannah Davis is a famous American fashion model. She is best known as the face of Ralph Lauren’s fragrance Ralph Rocks and for her appearances in the Sports Illustrated Swimsuit Issue, including the cover of the 2015 edition.

Hannah Davis was born on May 5, 1990, in Saint Thomas, United States Virgin Islands. Her nationality is American and she is of German, English, and Irish ethnicity.

Her birth name is Hannah Jeter Davis. She is the daughter of Deborah Davis and Conn Jay Davis, Sr. She has two siblings named Conn Davis Jr and Rachel Davis. She grew up playing tennis. Hannah was a member of the Caribbean National tennis team when she was eight years old. She is passionate about jewelry design and hopes to create her own line.

Hanna went to St. Thomas, Virgin Islands’ school, and college. Later after her graduation, she moved to New York.

Hannah began her career as a model at a very young age. She appeared in campaigns for Ralph Lauren, Blue Label and walked in their 2006 Spring/Summer runway show. She appeared on two individual covers for the Italian magazine D in 2006, Mexico’s Elle in August 2009, France’s FHM in September 2012, and South Africa’s FHM in April 2013.

She has modeled for Victoria’s Secret as well as American Eagle Outfitters, Tommy Hilfiger, and Levi’s. She has appeared in televised advertisements as the DirecTV Genie and appears in a series of ads for the same company. Jeter has appeared in four Sports Illustrated Swimsuit Issues from 2013 to 2016. She was the cover model of the 2015 issue.

In 2015, Hannah appeared in a bit part in the comedy film Vacation as a flirtatious young woman driving a red Ferrari. She has been the host of Project Runway: Junior since 2015.

Hannah Davis: Salary and Net Worth