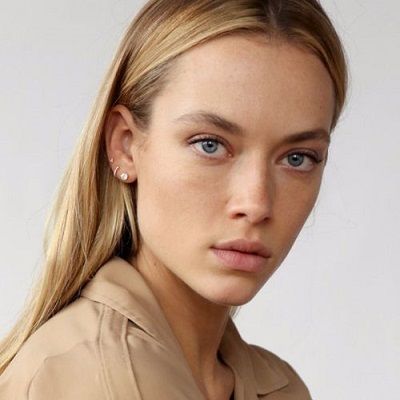 We weren't allowed to paint our nails or get our ears pieced until we were 15, and certainly not to date

It was pretty strict growing up, but I mean, I can't complain. But I think me and my siblings - I'm one of five - we've turned out pretty well. i would always flip through them and look at them and daydream about one day being able to do that. I never thought it would come true.

Hannah Ferguson is in a relationship. She and Conn Davis Jr. are dating each other from 2015. They were often captured by the media.

Recently in Sep 2018, this couple was seen cleaning the hurricane Irma mess in St. Thomas, Hannah.

Conn works at Americas Executions, LLC as an Investment Banker.

Who is Hannah Ferguson?

Hannah Ferguson is an American model. She has featured in the swimsuit illustrated issues and was seen in a series Model Squad.

Her ethnicity is a mix of Scottish, English, German, and French.

She hasn’t revealed her US Marine parents’ names. However, her father was a sniper and her mother was a drill instructor.

She has a total of four siblings.

Regarding education, she has attended High School and graduated from there.

Hannah Ferguson is a model and started her career after her high school study. In the year 2014, 2015, and 2016, she appeared in Sports Illustrated Swimsuit Issue.

This model has walked the ramp for famous designers like Max Mara, Alberta Ferretti, Moschino, Chloé, Dolce & Gabbana, and Chanel.

Ferguson is not involved with any huge rumors or controversies.

However, there are rumors that she has boyfriend Conn are separated as they haven’t uploaded their couple photos on social media for quite some time. But nothing is cleared about this news.

This popular model has an estimated net worth of $500 thousand.

According to the sources, the average salary of the model ranges between $20k-$200k per year.

Hannah Ferguson has blue eyes and blonde hair. Her height is 5 feet 10 inches and weight is 55 kg.

Hannah Ferguson has 65.7k followers on Twitter which she joined in Nov 2013. She is also has a Facebook account since Feb 2014 and has around 110.6k followers.