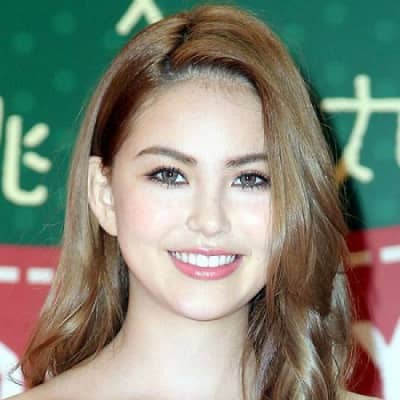 What is the relationship of Hannah Quinlivan?

Hannah Quinlivan’s current relationship is married. She was dating an actor and singer, Jay Chou since 2011.

Sarah Haywood was their wedding entrepreneur who planned the wedding in England. The marriage was held in Selby Abbey, North Yorkshire on 17 January 2015, one day before Chou’s birthday.

Likely, there was again a private celebration with their friends and family on 9 February in Taipei. In addition, they have their third reception in Australia in March.

According to Chou’s official Facebook page, the couple has been registered for marriage since July 2014.

As of now, the couple is blessed with two children: daughter Hathaway who was born in July 2015, and son Romeo, born in June 2017.

Who is Hannah Quinlivan?

Hannah Quinlivan is a Taiwanese-Australian actress. She is best know for her nickname, Jen Wu and Kun Ling.

Additionally, the actress also appeared as a model and background actress in various Chinese music videos, including 2015’s “Modern Maidens” by Jack Kim.

She has an older half-sister from her maternal side and a half-brother from her paternal side. But her sibling’s name is unknown.

Talking about her nationality, she is Taiwanese-Australian and belongs to a mixed (Taiwanese, Korean, Australian, Dutch, Danish) ethnicity.

Hannah completed her graduation from Juang Jing Vocational High School. She also had an 8-week course in film production and acting at the New York Film Academy.

Hannah Quinlivan started her career in the year 2008 appearing in Blackie’s Teenage Club. Likely she was a  guest host of, I Love The Man in December 2011.

The actress made her acting debut in the Taiwanese TV series Ti Amo Chocolate as Peng Kaili. And in the year 2014, she was seen as Lucy on the TV series, Ming Ruo Xiao Xi (Moon River).

Talking about her movie career. her first film was Step Back to Glory in 2013. She has played a role was an uncredited appearance in the movie. That same year, she had a minor role as Lin Jiayi in Amour et Pâtisserie.

The actress made a cameo appearance in the television series The Lying Game. In 2014, she appeared in Moon River, playing Lucy. Later, she is also portrayed in the movie, S.M.A.R.T. Chase.

She was then cast in the main role of Ren Yuhong in Heart Of Steel. Afterward, she appears as the former girlfriend of Chris Wang’s character in the film Twa-Tiu-Tainan. Further, she has worked for various movies.

It was in the year 2017, she gave auditioned for her role in the action thriller film Skyscraper, which was released in 2018. It was just three days after she gave birth to her second child, Quinlivan.

The actress must have amassed a good amount from her career. As of 2022, she has an estimated net worth of $3 million.

Likely, her husband, Jay Chou is a renowned actor and has a net worth of $75 million.

Up to now, she hasn’t been in an incident that could create any type of rumors about her. Also, the actress is far from being in any controversy until now.

This actress stands with a height of 5 feet 4 inches. Likely, her weight is 45kg.

With a fair complexion, Hannah has naturally black-colored hair and eyes. And she prefers to dye her hair with different colors as per her looks.

Hannah Quinlivan is active on Instagram with up to 2.5 M followers. Likely, her Facebook page also holds more than 1M followings.