popular for her acting in This Is Us, Anger management, and more.

Hannah Zeile’s at present is possibly single. Her affair plus boyfriend details are not yet revealed. 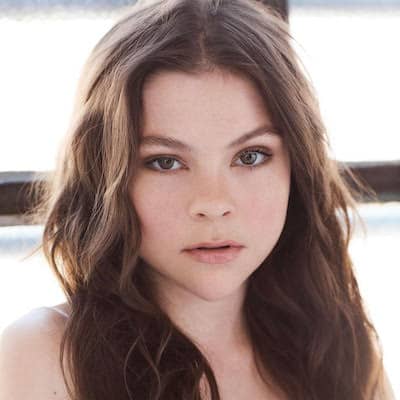 I have three brothers, one older and two younger, and I absolutely love being the only girl

I love anything creative. When all my focus is on creating, I can temporarily drown out all the other noise in my brain

I record all my original music at home, rather than going to a studio. I have a little home set up with everything I need.

Who is Hannah Zeile?

Hannah Zeile is an American actress and singer. She is popular for her acting in This Is Us, Anger management, and more.

Her birthdate is 07 Nov 1997 and the place she was born is Los Angeles, California, USA. The name of her mother is Julianne McNamara and her father is Todd Zeile.

Her dad is a professional baseball player while her mom is an Olympic gymnast.

Similarly, Hannah’s ancestry is Caucasian and has two younger brothers plus an older brother.

As per her academics, she is a high school graduate.

Hannah Zeile as a singer has sung tracks such as Where I Belong, Ode To My Anxiety, Alone, Sugar & Spice, and more.

She is also a popular face of the acting world where she made several screen appearances.

Recently, she appeared in This Is Us (TV Series) as Kate for around 76 episodes. She also did the role of a customer in The Joel McHale Show with Joel McHale (2018) and Ruby in Anger Management (2012).

By the records of 2021, she has a net worth of around $500k (estimated). The yearly salary plus other incomes of her are not disclosed.

This actress as well as a singer is keeping herself away from rumors and desperate scandals.

Hannah Zeile’s height of 5 ft 2 inches and her body weight is average. Also, she has brown eyes and has light brown hair.

Also, she is on YouTube with more than 480 subscribers.

Parker Bates
Tags : "This Is Us" Actress Singer