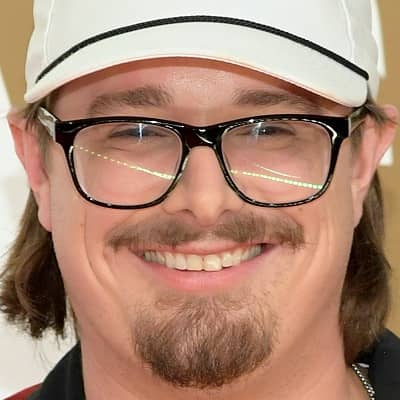 When and where did Michael Wilson marry?

Michael Wilson Hardy is married to his fiance Caleigh Ryan. They tied the knot on October 29, 2022, in front of 350 guests at Diamond Creek Farms in Nashville on Saturday.

After years of dating, Hardy proposed to Caleigh at the Lyric Oxford in Mississippi on August 2021.

Hardy is a country music singer and songwriter from the United States of America. His debut album A Rock for Big Loud Records was released, in addition to the mixtape Hixtape, Vol 1.

Hardy was born on September 13, 1990, in Philadelphia, Mississippi. As of 2022, his age is 32 years old. His birth name is Michael Wilson Hardy. In terms of nationality, he identifies as an American.

He was born to parents Mike and Sarah Hardy.

Michael traveled to Nashville to visit his sister after graduating which led to the start of his career. He realized he could build a career out of Country music.

He became a writing partner of the duo Florida Georgia Line after moving to Nashville to pursue a career in music.

“Up Down” is one of Hardy’s songs, which was signed to Big Loud Records in 2018 due to the song’s success from record producer Joey Moi.

This Ole Boy, EP was released in October 2018, which he promoted by joining Wallen’s If I Know Me Tour.

Michael was ready to join Thomas Rhett on his Center Point Road Tour in 2020, but it was canceled due to the COVID pandemic. His debut album A Rock which featured his single One Beer was released in September 2020.

Brantley Gilbert‘s single “The Worst Country Song of All Time” featured Hardy on June 2021. It was reported in October 2022 that his album “The Mockingbird & The Crow” would be released on January 20, 2023.

On October 9, 2022, he released three songs from the album “The Mockingbird & The Crow”.

Being a country music singer-songwriter, Hardy has accumulated a wealthy sum of money from his career.

As per the sources, he has an estimated net worth of $1 million – $3 million.

As of now, he has not been involved in any controversy. He maintains a distance between his professional and personal life and stays away from all the unwanted scandals and rumors.

Michael stands at an average height of 5 feet 8inches and weighs approx 75kgs.

Moreover, he has long brownish hair, He often wears caps and spectacles.

Wilson is seen active on Instagram with over 804k followers under the username @hardy and has more than 99k followers on Twitter.