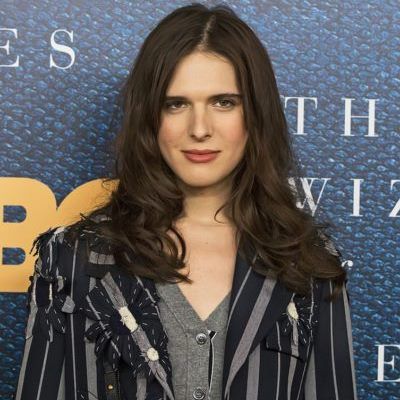 Fragrance is important to me because of its emotional dimension. I feel like fragrances are able to transport, stir emotion, and bring up memories. You can wear makeup, you can dress yourself up, but fragrance gives a powerful aspect to how you can present yourself that you can't necessarily get any other way.

There's something very noble about the bowling shoe. It has very little pretense, and it's kind of naughty. Share them with a bunch of other people, which is so kinky in a way that I like. What other shoes would you actively share with other people?

Visibility is not, in itself, always a good thing, but when it is in the hands of those who need positive visibility, it can be.

Hari Nef it is not known which personalities she has dated until now. But, as per her Twitter tweet in July 2016, she dated a man and has split. In her freshman year, she had a boyfriend who later appeared in “Project Runway.”

Who is Hari Nef?

Hari Nef is an American actress, model, and writer based in Los Angeles. Likely, Nef is known for speaking about trans issues; she is the first openly transgender woman to appear on the cover of a major British magazine.

Talking about her gender transition, Nef made history by becoming the first transgender woman to be signed to IMG models in 2015. She is now appearing alongside Kristen Stewart, Amandla Stenberg and Zayn Malik on the cover of Elle’s September issue as one of four key influencers among millennials.

She received unconditional support from both her parents during her gender transition. After feeling dysphoric about her identity for so many years, she finally started opening up about her transformation to her acting peers.

Nef, who was emotionally and physically vulnerable during her years of confusion, finally started accepting her identity. The realization also gave her strength. She found more confidence and success in portraying female characters on screen.

Hari Nef was born in Philadelphia, Pennsylvania, the United States on October 21, 1992, and she is currently 26 years old. Her father’s name is David Neff and her mother’s name is Robin Clebnik. Whereas, her parents got divorced when she was two years old. After that, she moved to Newton, Massachusetts with her mother.

There is no information about her siblings. Hari holds American citizenship and Ashkenazi Jewish ethnicity. Her birth sign is Libra.

Talking about Hari’s education history, she attended Newton South High School. Then, she attended ‘Columbia University’ in 2011 to major in ‘Drama and Theatre Arts’.

Talking about her profession, Hari’s first foray into the world of entertainment started during her university days when she did an internship with casting director Jennifer Venditti. She also interned at the fashion label ‘VFILES’ in Soho and was involved in hosting parties at ‘Diamond Horseshoe’ and ‘Up & Down’.

In the year 2013, she appeared in a movie called ‘Hellaware’. Hari featured on the cover of ‘FRISCHE Magazine’ and soon after that, she ranked at number 68 in the ‘Dazed 100’ list. In the same year, she topped the list of ‘Dazed Readers’ 100’. Additionally, she also worked in the short film ‘She Told Me She Was Dead’ in 2014. In the year 2015 turned out to be a breakthrough one for her. Hari was offered the recurring role of Gittel in the gender-bending TV series ‘Transparent’ in 2015. When she informed Bart about it, he responded by signing her to ‘IMG Models’.

At ‘New York Fashion Week’ in February 2015, Hari was a formidable presence on the runway. She walked for ‘Hood By Air’, ‘Eckhaus Latta’, and Adam Selman. Hari Nef was also the star of Selfridges’ ‘Agender’ campaign film. In the same year, she featured in the summer issue of ‘Dazed’ magazine. By 2016, Nef had not only established herself as a fashion icon, but she also became a vocal proponent of LGBT rights.

She went on to shoot a video for ‘Teen Vogue’ in February with the title “7 Things You Should Never Ask a Trans (or Gender Non-Conforming) Person”. In September, she featured on one of the collectors’ covers of ‘Elle’ magazine, which was another historic first for a transgender woman. Whereas, between 2014 and 2018, Nef featured in ‘i-D’ magazine multiple times while also continuing to walk the runway.

In the year 2017, she was seen in the short movie ‘A-Z of Hair’ and an episode of ‘Love Advent’. Hari’s biggest acting achievements came in 2018.  She also played Tinkerbelle in the movie ‘Mapplethorpe’ (April 2018) and was one of the stars of the black comedy thriller film ‘Assassination Nation’ (September 2018).

Talking about her net worth, a salary she has earned that sum of money from her professional career. Hari has appeared in an ad for Agender (unisex clothing store by London-based department store Selfridges) in 2015. In 2016, she appeared in an advertising campaign for Mansur Gavriel and H&M.