Updated On January 29, 2023 | Published By: Grace
Share this
Divorce 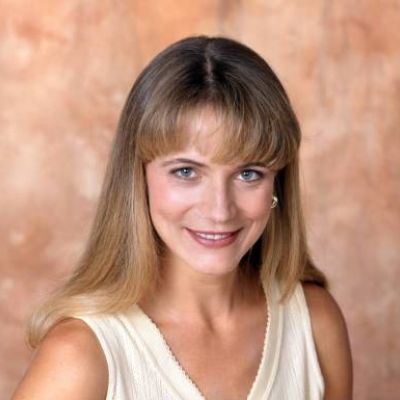 Harley Jane Kozak is single and not dating anyone at a moment. Being a private person, Kozak hasn’t revealed any details regarding her present relationships. Maybe, Jane is waiting for her love of life.

Harley Jane Kozak was married to Van Sanntvord, an American Actor. The pair tied the knot in 1982 among family and friends. However, after one year of marriage, the pair divorced each other and the reasons are still unknown.

Harley Jane Kozak was married to Greg Aldisert, an American Attorney. The couple married on 29th November 1997 in front of family and close relatives.

Apart from that, the couple has three daughters named, Giana Julia Aldisert, Lorenzo Robert Aldisert, and Audrey Valentine Aldisert. However, the couple got divorced in 2007.

Who is Harley Jane Kozak?

Harley Jane Kozak is an American Actress and Writer.

Harley is best known for the role of Helen in When Harry Met Sally… (Comedy Drama) in 1989, Molly Jennings in Arachnophobia (Horror Thriller) in 1990, and Kathey Whiting in The Favor (Comedy Romance) in 1994.

Besides that, Kozak will appear as Gwen in Provenance (TV Series) which is in Pre-Production.

Harley was born on 28th January 1957 in Wilkes-Barre, Pennsylvania, U.S. Her full name is Susan Jane Kozak. She is the younger daughter of Dorothy Taralsen and Joseph Aloysius Kozak.

By profession, her father was an attorney meanwhile her mother is a University Music Teacher. Apart from that, she was raised with seven older siblings.

Besides that, Jane holds American nationality and belongs to the Caucasian ethnicity. Regarding her educational history, she graduated from the Tisch School of the Arts in 1980.

Harley debuted as Diane in The House on Sorority Row (A horror Thriller) in 1982. She played the role of Amy Pagnozzi in The Amy Fisher Story (TV Movie) in 1993.

Moreover, Jane was cast as Joy Bookman in Emma’s Wish (a TV Movie) in 1998. She played the role of Felicia in Beggars and Choosers (TV Series) in 2000.

Additionally, Kozak will appear as Great Aunt Gus in Cuspid (Short) which is in Post-Production.

Currently, Kozak has an estimated net worth of $6 Million. On the other hand, Jane hasn’t revealed any details regarding her salary and annual income. Besides that, Harley seems to appear a lavish life.

Up to this point, Kozak isn’t involved in any kind of rumors or controversy. Beyond that, Jane has a good reputation among the public and media.

Jane stands at a height of 5 feet 9 inches and weighs around 59 Kg. Regarding her physical looks, she has a green pair of eyes and blonde hair. Asides from that, her whole body measurements are 31-25-33 inches.