Harminder Kaur is an Indian actress who is known for her role in ‘Kambdi Kalaai’ in 2006. She is also the wife of The Great Khali. 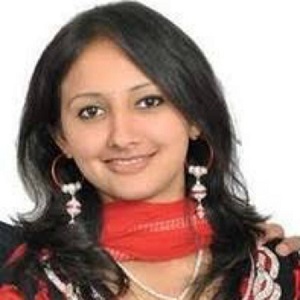 Harminder Kaur is a married woman. She has been married to WWE star The Great Khali since February 27, 2002.

The couple did not date before their marriage and their parents decided about their marriage. The couple tied their knot in the presence of their family and close friends.

The pair welcomed their daughter Alveeen Rana on February 26, 2014, just a day before the pair’s 12th anniversary.

The couple is spending quality time with each other and there is no sign of divorce between the couple. The family is currently residing in the USA and they make frequent visits to their home country India.

Who is Harminder Kaur?

Harminder Kaur is an Indian actress who is best known for her role in ‘Kambdi Kalaai’ in 2006. She came to limelight after she became the wife of The Great Khali.

She was born on January 12, 1971, in Delhi, India. She is currently 50 years old and she was born to Indian parents. Her father’s name is Rajinder Pal Singh and her mother’s name is Charanjit Kaur.

Kaur holds Indian citizenship but her ethnicity is Asian-Indian.

She attended the University Delhi, India, and completed her Bachelor’s degree in English. Also, she did her Diploma in the Spanish language from the same university in 1993.

Moreover, she graduated from the University Alcala, Madrid in Master of Arts in 1998.

Harminder Kaur is famous for her performance in the film ‘Kambdi Kallai’. Apart from that, other information regarding her career is unknown. She likes to keep herself away from social media. However, she might be doing some movies at the moment.

Her husband, The Great Khali is a famous professional wrestler, actor, promoter, and powerlifter who began his career as a police officer. In 2000, he began his wrestling career. He used to wrestle in the ring Giant Singh and then he wrestled in World Wrestling Championship, New Japan Pro Wrestling, and many more.

He increased his fame after joining World Wrestling Entertainment in 2006 and he defeated Rey Mysterio and The Undertaker in 2006 and 2007 respectively.

She might have earned a decent sum of money from her career however she has not revealed anything about her net worth, salary, and income.

Her husband, The Great Khali has an estimated net worth of around $16 million and he has earned that sum of money from his professional career.

The Great Khali earns a salary of $970k per year and he also earns some portion of his net worth from brand endorsement which is nearly equal to $225k per year.

She likes to keep her profile low and she has not been involved in any kind of rumors, controversy, and scandals.

Harminder Kaur has black eyes and black hair. But, other information regarding her height, weight, body measurement, etc. is unknown.

What is the age of Harminder Kaur?

How tall is the Great Khalis wife?

Who is Harminder Kaur's daughter?