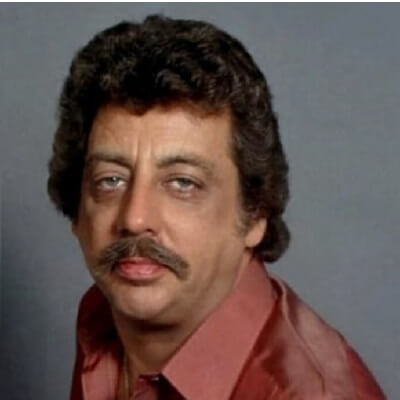 Harold Reid was married at the time of his death. His wife’s name is Brenda Reid. There is no information about the couple’s marriage date.

From their marriage, the couple has five children, four daughters, and one son. His four daughters are Kim Reid Weller, Kodi Frye, Kasey Reid, and Karmen Reid. The name of his son is Will Reid. He has ten grandchildren and ten great-grandchildren.

Who is Harold Reid?

Harold Reid was born as Harold Wilson Reid on August 21, 1939, in Augusta County, Virginia, USA. At the time of his death in 2020, his age was 80. He was born to parents Sidney Boxley Reid (father) and Mary Frances Reid (mother).

His ethnicity was Scottish, American.

Harold Reid died on April 24, 2020, at the age of 80. He lost after a long battle with kidney failure in his hometown of Staunton, Virginia. Many musicians paid their tribute and condolences to the late singer.

In a statement, his nephew Debo Reid said,

“He leaves a large and loving family and millions of fans who remember his stage and TV antics with smiles and cherish his music that will live with the ages.”

His educational background remains under the shadow. He did not reveal which school or college he went to.

Harold Reid started his music career in 1955 with the formation of the Statler Brothers(later) in Staunton, Virginia.

It was the legendary singer-songwriter, Johnny Cash who discovered them and their talents as a group. He hired them as their back-up singers and supporting vocalists for more than eight years starting in 1964. After the demise of the legendary singer, they released ‘We Got Paid with Cash’ in his honor.

Over the years, the group released over 40 albums. Some of their most recognizable songs are ‘Flowers on the Wall’ and ‘Bed of Roses’. Other than that, they earned the fundamental spot on the Billboard list for ‘Do You Know You Are My Sunshine?’ in 1978, ‘‘Elizabeth’ in 1984; and ‘A great deal on My Heart’ and ‘My Only Love’ in 1985. In 1965, the group won the Grammy Award for the Best New Country and Western Artist. The same year, their song, Flower on the Wall won the Grammy Award for Contemporary Performance – Group. In 1972, they won their third Grammy for Best Country Vocal Performance.

After a farewell tour on October 26, 2002, the group disbanded and retired. In 2007, they became inductees of the Gospel Hall of Fame and a year later, Country Music Hall of Fame.

Harold Reid had an estimated net worth of around $1.6 million at the time of his death. His main source of income was his career as a successful musician. There is no information about his salary.

Reid had a height of around 5 feet 10 inches. He weighed around 84 kg. His hair color was brown and his eyes were green in color. His measurements for chest, waist, and biceps were 43-34-16 inches. He wore shoes of size 10 (US).

Harold was not involved in any controversies. He had kept himself far away from any type of controversy and scandal. During his long career as a musician, he did not do anything controversial. Similarly, there were no rumors about him of any kind. Everyone who knew him spoke very highly of him and he was a well-respected actor.

The musician was not active on social media sites.

You may also like to read the Bio, Career, Body Measurements, Social Media, Net Worth, Relationships, and more about Emma Stone, Blake Shelton, Nick Cordero, and more.