Harper Grae is a singer and songwriter whose work can be seen in Glee. She is married.

Harper Grae is a lesbian and is married to Dawn Gates. They exchanged vows in Oct 2020 in a court in Nashville.

Their affair details are unknown but their wedding was supposed to happen on 17 July 2020. But due to the 2020’s pandemic, they postponed their France wedding.

At present, Grae and Gates are preparing themselves to welcome their first child together. Harper is very excited about this pregnancy as she suffered from a miscarriage.

From a previous affair, she has a 9 years old daughter but the details are unknown. But she has posted a picture on social media with her child and spouse. 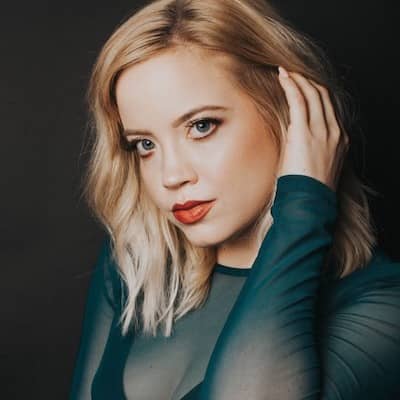 Who is Harper Grae?

Harper Grae is an American singer and songwriter. She is mostly known for her presence in a show named Glee.

Plus, she is associated with Grae Area Productions and is specialized in country music.

She was born as Shanna Henderson on 04 July 1990 in Montgomery, Alabama, USA. The name of her father and her mother name is not revealed.

But they divorced and she along with her siblings was taken by her grandparents, Ann and Roger Harper.

Harper’s ancestry is Caucasian and talking about her academics, she passed out of high school and attended Auburn University.

Harper Grae’s album was titled Break Your Crowns and came out in the year 2017. Her other album is named Buck Moon Medleys.

Some of her songs from her musical projects are Monster, Dear Daddy, Thunder Rolls, Young Blood, Best For You, Ghost is Gone, Coming Home, etc.

In addition, after selecting a musical talent reality show, Glee, she performed in pop songs like Born This Way and Now That We’ve Found Love.

Her upcoming tours will be held in Atlanta, Chicago, Salt Lake City, Denver, Seattle, and more.

At present, her estimated net worth is around 1 million dollars as of 2022. However, her salary and other earnings are unknown.

She once won a prize of $10,000 by competing in the show Auburn Idol. The net worth of three popular musicians is,

This musical artist is keeping herself away from rumors at present.

Regarding Harper Grae’s body features, her height is 5 ft 5 inches, and her body weight is 57 kg. Moreover, her eyes are blue with brown hair.

Harper is active on social networking sites. Her Facebook and Twitter accounts are followed by more than 19k and 12k people.

Harper Grae pregnant after a tragic miscarriage! Know about her pregnancy, wife, marriage, and everything