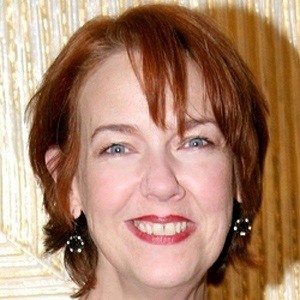 My mother once said that my first words were 'Tony Award.' Being Texan, she was prone to exaggeration. I think it was something more like 'Me, me, Tony.' - excerpt from her 2002 Tony Award acceptance speech

[I was raised] in Fort Worth, Texas. There's a lot of indigenous theater there now, but when I was growing up, the only place to see anything was the Casa Mañana Theatre that Billy Rose started. That burned down and the community wanted a theater again so they commissioned Buckminster Fuller to build this big geodesic dome, which was theater in the round. That's where I grew up watching musicals. It was so exciting and it's something I'd never been able to do until now. When I was little I thought, "What could be more fun than that? What could be more exciting than theater?

What is the relationship of Harriet Sansom Harris?

Harriet Sansom Harris might be currently single. Despite rumors, she has not been linked with any other person.

She likes to keep her profile low and she does not want to share information regarding her relationship and affair. She is currently living in California.

Who is Harriet Sansom Harris?

Harriet Sansom Harris is an American actress. She is best known for her role of Bebe Glazer on ‘Frasier’ and Felicia Tilman on ‘Desperate Housewives’. She is the Tony Award winner in the category Featured Actress in a Musical for ‘Thoroughly Modern Millie’ in 2002.

She was born on January 8, 1955, in Fort Worth, Texas, USA. She is currently 64 years old. Harriot has got a sister and she is a descendant of one of the brothers of Marion Sansom on her mother’s side. Her middle name is her mother’s surname. She has not revealed her parent’s name. She grew up watching at the Casa Mañana Theatre that Billy Rose started.

Harriet holds American citizenship but her ethnicity is unknown.

She attended Arlington Heights High School and began acting as a youngster. Then, she attended Fort Worth Country Day School from which she graduated in 1993. She earned a Bachelor of Fine Arts degree from Julliard School’s Drama Division at the age of 17.

After graduation, she joined John Houseman’s touring repertory company The Acting Company and stayed there for three years. She performed in the productions of ‘King Lear’, ‘Romeo and Juliet’, ‘Mother Courage and Her Children’, and many more.

Harriet made her breakthrough after she was cast as the sole female member in the original cast of Paul Rudnick’s ‘Jeffrey’. She made her Broadway debut from ‘Four Baboons Adoring the Sun’ in 1992. She made her appearance as Vera Charles in ‘Mame’ opposite Christine Baranski in the title role. The actress portrayed the role of Fany in the musical ‘The Royal Family of Broadway’ at the Barrington Stage Company, from June 2018 to July 2018.

Apart from her theatre performance, she is also active on television. She appeared as a recurring role on the sitcom ‘Fraiser’ in which she portrayed the role of Bebe Glazer from 1993 to 2004. She made her guest appearances in series such as ‘Ghost Whisperer’, ‘Murphy Brown’, ‘Six Feet Under’, ‘Ellen’, and many more.

Also, she portrayed the role of Martha Hueber’s sister Felicia Tilman on the ABC drama series ‘Desperate Housewives’ in 2004. In addition, she appeared in ‘American Horror Story: Apocalypse’, ‘Dynasty’, and in the Netflix drama series ‘Ratched’.

She must have earned a decent amount of money from her professional carer however, she has not revealed her total assets, salary, and income.

There is a rumor that she has been in a relationship with Matt Bradford Sullivan for more than twenty years but it has not been confirmed yet.

Harriet has blue eyes and red hair. She has a height of 5 ft. 8 inches. But, other information regarding her weight, shoe size, dress size, body measurement, etc. are not available.