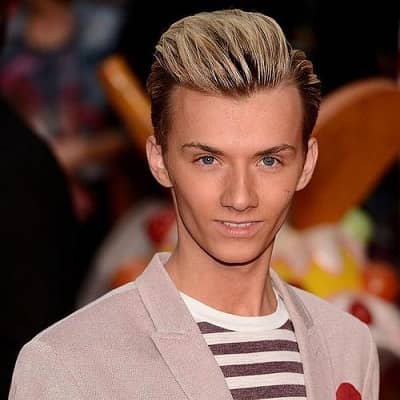 What is the relationship of Harry Derbidge?

Harry Derbidge is openly gay. He is currently dating Jackson Lonergan. In February 2022, on Valentine’s Day, he made an Instagram special and shared his dating experience.

Harry was the first person to insist on going on a date with him after knowing him through a mutual friend.

Harry was in a relationship with Dean Rowland. The pair had been dating for four years and announced their engagement on October 2019. Later, after two years of engagement, the couple broke up.

Harry Derbidge is a reality star who is mostly recognized for his appearance on the popular ITV2 program The Only Way Is Es.

Also, he has worked and has put a lot of effort into various performances including dancing and acting.

He grew up with his brother named Ronnie. His mother’s name is Karen whereas the identity of his father is not disclosed yet.

Regarding education, Derbidge enrolled in the Sylvia Young Theatre School, and at the age of eleven, he was selected to be one of Barney’s Kids in a UK Barney Tour.

Star Stories is a comedy show that portrays the rise in fame of some of the biggest stars in the world, which is starred by Tom Basden, Kevin Bishop, and Laura Patch.

The Only Way Is Essex: All Back to Essex is the TV series starred by Denise Van Outen, Mark Wright, and Danielle Armstrong.

Being a reality Tv star, Harry earned a wealthy sum of money from his profession.

He has an estimated net worth of $500k – $1 million, whereas his exact salary, income, and earnings are still under review.

Harry stated that during a drunken attack in downtown London, a former partner assaulted him.

Harry stands tall at a height of 5 feet and 9inches and weighs approx 65 kgs.

He has a charming and dashing personality with a pair of blue eyes and blonde colored hair.

He has over 122k followers on Instagram under the username @mrharryderbidge and has more than 39.1k followers on TikTok. Both of his social media accounts are verified.