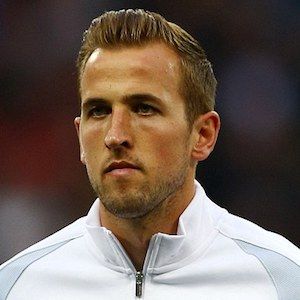 What is the relationship of Harry Kane?

Harry Kane is an unmarried man. However, he is in a beautiful married relationship with Katie Goodland. The couple has been in a relationship for a long time and exchanged vows in June 2019.

They have known each other from their childhood. On 8 January 2017, Kane and Katie welcomed a baby daughter named Ivy Jane Kane.

On 1 July 2017, he engaged his girlfriend. In January 2018, Kane announced that he and Kate were expecting their second child. On 8 August 2018, their second daughter Vivienne Jane Kane, was born.

Who is Harry Kane?

Currently, he is also the top goal scorer of Europe with 56 goals and has scored eight hat-tricks in a single calendar year.

Harry was born on 28 July 1993, in Walthamstow, London Borough of Waltham Forest, United Kingdom. He is the son of Kim and Patrick Kane. Furthermore, he has one brother Charlie.

Talking about his nationality, he is British and his ethnicity is British. From the beginning of his childhood, he had a keen interest in football.

Concerning his education, the British footballer attended Larkswood Primary Academy and later joined Chingford Foundation School. As a child, he grew up supporting Tottenham along with his parents.

Harry Kane began his career as a Ridgeway Rovers player. Later in 2001, he joined the Arsenal youth academy when he was eight years old.

As a youth player, he also played for Watford and Tottenham Hotspur. In the 2009-10 season, Harry played in 22 matches and scored 18 goals for Tottenham’s under-18s.

In the next season, he moved to Leyton Orient on loan. During the season, he played in 18 matches and netted five goals. A year after, he again loaned out to Millwall and played 22 matches for the side scoring seven goals.

On 25 August 2011, Kane made his debut for Tottenham in the second leg of their UEFA Europa League qualification round against Hearts. In the pre-season game with Tottenham, Kane scored a hat-trick in a 6–0 away win against Southend United on 10 August 2012.

On 18 August, he made his Premier League debut, against Newcastle United. Later in 2012, he shifted to Norwich City on a season-long loan. Moreover, he signed with Leicester City on a loan in which he scored two goals in 13 matches.

Furthermore, Kane scored his debut goal in a League Cup tie against Hull City. In February 2015, the 24-year-old footballer has also won the Premier League Player of the Month award.

A month later, Kane scored his first Premier League hat-trick in a 4–3 home win over his former loan club Leicester. On 5 April 2015, he captained his side for the first time in a 0–0 draw with Burnley at Turf Moor.

During the 2015-16 season, Harry Kane finished one goal ahead of Sergio Agüero and Jamie Vardy with 25 goals. Additionally, he was also named in the PFA Team of the Year for the second consecutive season and Tottenham also earned the UEFA Champions League qualification.

Apart from that, the Tottenham striker received his second consecutive Golden Boot overtaking Romelu Lukaku in the 2016-17 season.

Recently, he has also overtaken Premier League legend, Alan Shearer to become the highest goal scorer in a calendar year. Alan scored 36 times for Blackburn Rovers in 1995, whereas Harry has smashed 39 goals in only 36 games.

Currently, the Tottenham striker is Europe’s leading scorer ahead of Barcelona’s Lionel Messi, who has netted 54 goals in 63 appearances. Furthermore, Real Madrid star, Cristiano Ronaldo has 53 goals in his name this year.

Moreover, he made his international debut at Wembley Stadium, replacing Wayne Rooney in the second half of the match against Lithuania.

In addition, he also scored with a header. As of now, he has netted 12 goals in 23 matches for his international side.

Harry Kane is playing for his country as a forward. The Euro cup matches will take place in different countries which are listed below:

Being a famous football player, Kane pockets a handsome amount of money from his profession. So far, he has earned millions of dollars.

Recently, there was a rumor that he is leaving Tottenham Hotspur. However, he said it was false and told, him he won’t go anywhere leaving his current club.

Apart from that, he has never faced any controversy to date.

Harry Kane has a height of 6 ft 2 inches and weighs 86 kg. Furthermore, he has a pair of blue eyes and lights brown hair.