Harry Styles is an unmarried man till date. He has been in a number of relationships in his life. During his early career days, he was in a relationship with a girl named Felicity Skinner. They were together for almost two years in 2009 and 2010. After that, he developed a relationship with The Xtra Factor presenter Caroline Flack from November 2011 to January 2012, which caused controversy and criticism over their 14-year age gap. That same year, he had an encounter with Emma Ostilly. At the end of 2012, he began dating the famous American singer Taylor Swift. They broke up later in 2013. After that, he dated the beautiful American model Paige Reifler from 2013 to 2014. After his breakup with Taylor, he began dating the famous American model Kendall Jenner. The couple was together for over two years. They broke up in 2016.

Currently, he is in a relationship with Victoria’s Secret Angel model, Camille Rowe. They started dating since summer 2017. 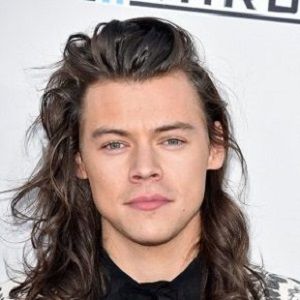 I can see how you could get dragged into the bad stuff, but I've got good friends around me, good family. I think I've got my head screwed on.

I'm quite old-fashioned. I like going out to dinner. You have the chance to talk to somebody and get to know them better.

A lot of the time, the way it's portrayed is that I only see women in a sexual way. But I grew up with just my mum and sister, so I respect women a lot.

Who is Harry Styles?

Harry Styles is an English singer and songwriter.  He is best known as a member of the highly successful British boy band, One Direction alongside Liam Payne, Niall Horan, and Louis Tomlinson. He has received eight Teen Choice Awards with the band. With his band-mates, he has released five commercially successful albums and has performed on four worldwide tours.

Harry Styles was born as Harry Edward Styles on 1 February 1994, in Evesham, Worcestershire, England, UK. Harry is a British by nationality and he is of English ethnicity.

He is the son of British parents Anne Twist and Desmond Styles. He has an elder sister named Gemma and an older stepbrother named Mike. He was raised in Holmes Chapel, Cheshire after his parents moved there when he was a child.

He attended Holmes Chapel Comprehensive School. Styles’ parents divorced when he was seven and his mother later remarried. When he was 16 years old, he worked part-time at the W. Mandeville Bakery in Holmes Chapel.

Harry began his professional singing career as the lead singer for the band called White Eskimo while he was at Holmes Chapel Comprehensive. He won a local Battle of the Bands competition with White Eskimo. He came to fame when he auditioned as a solo artist for the British television series The X Factor in 2010.

During the show, he was put into a group along with Liam Payne, Niall Horan, Zayn Malik, and Louis Tomlinson to form the boy band later became known as One Direction. Following The X Factor, One Direction was signed to Simon Cowell’s Syco Entertainment in 2010. The band released their first studio album, Up All Night in 2011, followed by their second album, Take Me Home in 2012. Their third album Midnight Memories was released in 2013, followed by their fourth album Four in 2014 and Made in the A.M. in 2015.

On 23 June 2016, Billboard reported that Styles signed a recording contract with Columbia Records as a solo artist, the same label behind One Direction. He will make his acting debut in Christopher Nolan’s action-thriller Dunkirk in 2017. In 2012, he won the “MTV Europe Music Awards for Best Look” and was named #6 in Glamour’s list of “50 Sexiest Men” of 2013. With his band, he has won eight Teen Choice Awards.

Harry Styles: Salary and Net Worth

Styles’ relationship with The X Factor presenter Caroline Flack from November 2011 to January 2012 caused controversy and criticism over their 14-year age gap. Currently, there are no rumors regarding his personal life and professional career. It seems he is doing his best job without harming others and has been a straight person in his life, for which he has not been in any big controversy yet.

Harry Styles has a height of 6 feet. His body weighs 74kg. His hair color is dark brown and his eyes are green.

Furthermore, also find out more about the early life, career, net worth, relationships, and controversies of singer and songwriters like Andra Day, Brandi Cyrus, and Alexandra Lenas.