Updated On November 24, 2022 | Published By: Gracie Hale | In Dating , Relationship , Split
Share this 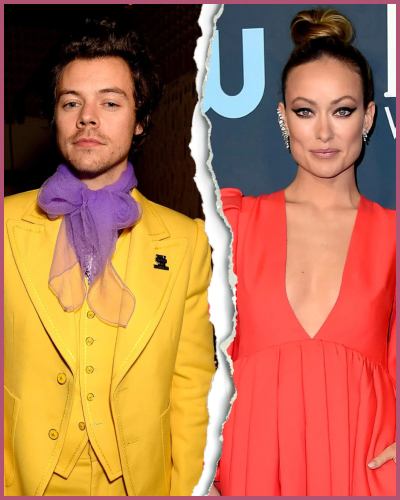 Harry Styles and Olivia Wilde are no longer a romantic couple!

Olivia Wilde and Harry Styles split after 2 years of dating

Harry Styles and Olivia Wilde have reportedly called quits on their romantic relationship after being together for almost two years. A source close to the couple confirmed to PEOPLE that Styles and Wilde were “taking a break” from their relationship.

“He’s still touring and is now going abroad. She is focusing on her kids and her work in L.A. […] it’s a very amicable decision,”

Also read Harry Styles and Olivia Wilde Shut Down Breakup Rumors by Kissing on the Streets of New York!

“There is no bad blood between them. Harry didn’t dump Olivia, or vice versa. This is the longest relationship Harry’s ever had, so clearly they have a special bond.”

According to the insider, the distance was the main reason behind their split. While they worked on Don’t Worry Darling together, it was easier for them to keep going as a couple and sustain their strong bond.

“They’re on a break. It’s impossible to have a relationship when he’s in every continent next year and Olivia has her job and her kids. This is the right thing for both of them.”

The singer, 29, is presently to kick off the South American for his tour while Olivia heads to London to work on a documentary. Also, the couple is yet to comment on their break-up news.

Styles and Wilde’s romance started in January 2021 when they stepped out holding hands at the wedding of the former One Direction singer’s manager.

Harry Styles is an English singer and songwriter. He is best known as a member of the highly successful British boy band, One Direction alongside Liam Payne, Niall Horan, and Louis Tomlinson.

He has received eight Teen Choice Awards with the band. With his bandmates, he has released five commercially successful albums and has performed on four worldwide tours. See more…