Is Hartley Sawyer Single or Dating?

Hartley Sawyer is currently single and is not dating anyone. He has not disclosed the mysterious guy of her life. There is no info on his past as well as present relationships. 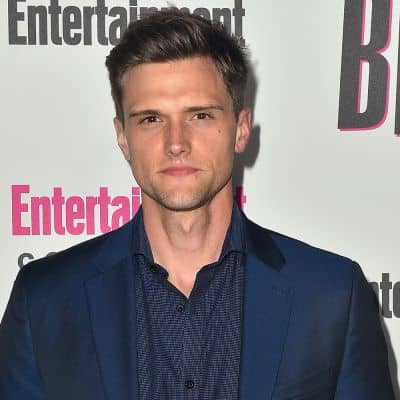 Who is Hartley Sawyer?

Hartley Sawyer is a popular American actor. Hartley Sawyerrose to prominence after appearing as Kyle Abbott on the CBS Daytime, soap opera, ‘The Young and the Restless, and Ralph Dibny, an elongated man in the American superhero series, ‘The Flash’ that aired on The CW.

Hartley Sawyer was born in Goshen, New York, the U.S. on January 25, 1985. Sawyer is 37 years old as of 2022 and is an American by nationality. He maintains Caucasian ethnicity while Aquarius is his birth zodiac sign according to the astrological chart.

Sawyer has not opened up about his parents, siblings, and educational life yet.

Hartley Sawyer debuted on the big screen by playing the role of Andrew Kepling in 2006.

Hartley Sawyer starred as Kyle Abbott in the American television soap opera, ‘The Young and the Restless in March 2013.

He was cast in the thriller Kept Man and the Geek & Sundry superhero comedy Caper in 2914. He also served as host and co-writer for the documentary series, ‘Courageous Leaders’ in 2015.

The following year, he appeared in the Wall Street drama, ‘SpinN.’

He portrayed the role of Ralph Dibny, an elongated man who is a private investigator in the fourth season of the superhero drama series, ‘The Flash’ that screened on The CW on October 10, 2017. Then, he was signed as a regular cast in the June of the same year.

The net worth of Hartley is estimated to be around 3 million USD as of 2022 while his salary and incomes are still under review.

After a week, Warner Bros. Television and the CW he was dispelled from his role in ‘The Flash.’ Similarly, other stars of the show also reacted to this. So, this news got him controversial.

Hartley Sawyer is 6 feet 3 inches tall and weighs around 80 Kg.

Moreover, he has an impressive personality with a fair complexion. Sawyer has a couple of brown eyes and hair of the same color as well.

In Addition, on his left cheekbone, he has a birthmark

Hartley is also a social media personality who has huge fan followings. Sawyer is available on Instagram under the username, @hartleysawyer having about 483K followers.

He is also active on Twitter with a number of followers.

Besides that, he does not appear to be active on Facebook.

John Wesley Shipp
Tags : American Actor The Flash The Young and the Restless