Who is Harvey Fierstein dating?

Previously, he has had a relationship with Ted Casablanca (1987 – 1992). Except for this, his other dating history is under review. He has no kids of his own nor adopted one. 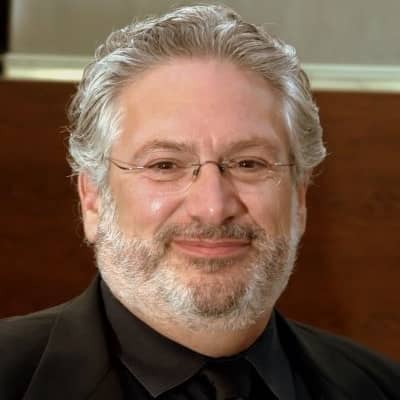 Who is Harvey Fierstein?

Harvey Fierstein is an American actor, playwright, screenwriter, and multiple-time winner of the Tony Awards.

Harvey has done the movies like Mrs. Doubtfire, Independence Day and gave the voice of Yao in Mulan and Mulan II. His eminent skills are portrayed in his theater works, Torch Song Trilogy and Hairspray.

As of 2022, he is featured in the 2022 movie Bros, which is in the post-production stage. Additionally, years of his experience earned him induction into the American Theater Hall of Fame in 2007.

Harvey Fierstein was born June 6, 1952, in Bensonhurst, Brooklyn, New York City under the zodiac Gemini. The 69-year-old actor, playwright belonged to Jewish ethnicity but later decided to become an atheist.

Introducing his parents, he is the son of mother Jacqueline Harriet a school librarian, and father Irving Fierstein, a handkerchief manufacturer.

Harvey enrolled in the High School of Art and Design and graduated with BFA from the Pratt Institute in 1973.

To begin Harvey’s career, he started as a founding member of The Gallery Players of Park Slope. He then became the cast in Andy Warhol’s only play, Pork.

Apart from his best plays, Torch Song Trilogy and Hairspray the other theatre credits of playwright Harvey are Safe Sex, Fiddler on the Roof, A Catered Affair, and Bella Bella.

Harvey has had a recurring voice role in television series like The Dark Crystal: Age of Resistance, Big Mouth, BoJack Horseman, Sesame Street, The Sissy Duckling, and others.

Most recently, he gave the voice of the narrator in the 2020 film Disarm Hate and the voice of Ursula in the Little Mermaid: An Immersive Live-to-Film Concert Experience.

Likewise, as an author, Harvey had written the book for the Tony Award-winning musicals Kinky Boots, Newsies, and A Catered Affair.

The estimated net worth of actor Harvey Fierstein is $1.5 million.

The actor garnered riches from his successful acting and theatre career. Meanwhile, the wiki of his salary, luxuries, cars, and brands are under review.

The actor Harvey hasn’t indulged himself in rumors and controversies as he does not mix his personal and professional lives.

Harvey Fierstein is available on Twitter @HarveyFierstein with 60.3k followers.

According to his Twitter bio, his memoir, I Was Better Last Night is out now and garnering great reviews.