Harvey Keitel is an American actor and producer. Harvey Keitel was in a long relationship with actress Lorraine Bracco and they welcomed their daughter.

Harvey Keitel was in a long relationship with actress Lorraine Bracco and they welcomed their daughter, Stella in 1985 but they separated and they extended custody battle over their daughter.

Later, he was in a relationship with Lisa Karmazin and they welcomed a son, Hudson.

Then he met Daphna Kastner at the Toronto film festival on 11 September 2001. They secretly married in Jerusalem, Israel after three weeks of their meeting on 7th October 2001. His wife gave birth to a son and named him Roman. 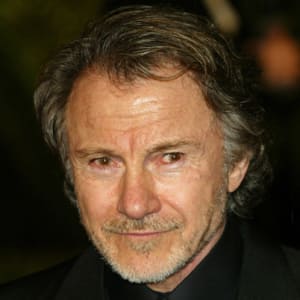 “You didn't hear the angels singing. It was brought down to Mother Earth, which is where it should be. And that led me to a lot of other reading.”

Who is Harvey Keitel?

Harvey Keitel is an American actor and producer and he is best known for his work in the film ‘Taxi Driver’ in 1976, ‘Ulysse’s Gaze’, ‘The Duellists’, ‘Moonrise Kingdom’ and many more. He has been awarded the Film Excellence Award in 1994.

He was born on May 13, 1939, in Brooklyn, New York City, New York, USA. His birth sign is Taurus. His father’s name is Harry Keitel and his mother’s name is Miriam Keitel. They were the Jewish emigrants from Romania and Poland. His father used to work as a hat maker and ran a luncheonette where his mother was also a working woman.

He grew up with his sister Renne and brother Jerry in Brighton Beach section of Brooklyn. His ethnicity is Ashkenazi Jewish and nationality is American.

He joined Abraham Lincoln High School and he joined the United States Marine Corps at the age of 16.

He auditioned for filmmaker Martin Scorsese after he studied under Stella Adler and Lee Strasberg. Harvey got the role as ‘J.R.’ in the film ‘Who’s That Knocking at My Door’. After that, he worked with Scorsese on many projects. He also got a lead role in Scorsese’s ‘Mean Streets’ and in ‘Taxi Driver’.

He starred in the directional debut of Paul Schrader, Ridley Scott and James Toback in 1977 and 1978. He cast as a captain Willard in ‘Apocalypse Now’ in 1979 and he began working on both stage and screen but in the stereotypical role of a thug.

Harvey made his appearance in the Steinlarger Pure commercials in New Zealand in 2007. He has also made his nude appearance in films like ‘Bed Lieutenant’ and ‘The Piano’.

He portrayed the role of Detective Gene Hunt in the drama series ‘Life on Mars’ in 2008 and by the following year, he made a cameo appearance in the Jay-Z video for ‘D.O.A’. He played in the music video for ‘Preety Hurts’ by Beyonce in 2013.

Harvey starred in the indep[endent film ‘A Farewell to Fools’ in 2013 and He reprised the role of Winston Wolfe from Pulp Fiction for Direct Line as a part of a £40 million television advertising campaign.

Harvey Keitel: Net Worth and Salary

As of 2022, it is estimated that he has a net worth of $50 million and his main source of earning is from his professional career.

Harvey has not been involved in any rumor and controversies due to his secretive type of nature. He doesn’t like to open himself in front of the media.

He has a height of 5 ft. 8 inches and he weighs 68 kg. He has gray hair and dark brown eyes. Other information regarding his chest, biceps, etc. are under review.