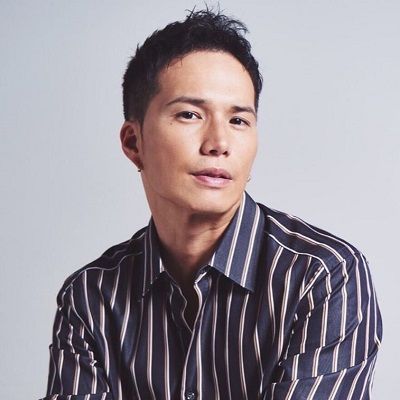 Hayato Ichihara is a married man. His wife, Shiho Mukoyama is a model by profession. The couple exchanged vows in a private ceremony among friends and family. Eventually, they registered their wedding on the 21st of September 2014.

They started dating each other in April 2012. Before that, they were very friends which blossom into love within no time. Together, they have a daughter. However, details about their baby girl is still a mystery. However, he has shared a glimpse of his daughter through his Instagram.

Who is Hayato Ichihara?

Japanese Hayato Ichihara is one of the versatile actors in the film industry. He is renowned for his appearance in All About Lily Chou-Chou as Yûichi Hasumi.

Last, in 2020, he featured the movie, The Sun Does not Move as Ryuji Yamashita.

Hayato Ichihara was born on the 6th of February 1987 in Kawasaki, Japan. He is of Far-East Asian ethnicity.

Till the date, he has not shared any details about his mother, father, and siblings.

He completed his high school education from Horikoshi High School.

In 2000, Hayato Ichihara started his career as an actor with the horror-mystery, Ju-on: The Curse 2 as Naoki.

The following year, he appeared in the movie,  All About Lily Chou-Chou. He was seen as a leading character of Yūichi Hasumi. With the movie, he instantly became one of the popular actors in the industry.

With each movie like The Angel’s Egg, Blade of the Immortal, and Aircraft Carrier Ibuki, he has proved himself as a versatile actor. As of now, he has appeared in more than 25 movies and 15 series.

His net worth is attributed to his net worth. Some of the box office collection of her movies along with the year is-

As of now, he has not been involved in any kind of controversy and scandals that created a buzz in the media. Similarly, there are no rumors related to him.

Hayato Ichihara has black eyes with black hair. He stands at a height of 5 feet 7 inches and has a decent weight with athletics body physique.