Hayden Christensen began dating actress Rachel Bilson in 2007. They got engaged on December 25, 2008, however, in mid-2010, they broke up but began dating again a few months later.

According to reports of September 2017, the two split up again after nearly 10 years together. Their life together could be described as having been an on-and-off relationship for almost 10 years but never got married.

As of now, Hayden was seen with a woman. However, the identity of this mystery girl is not yet revealed. 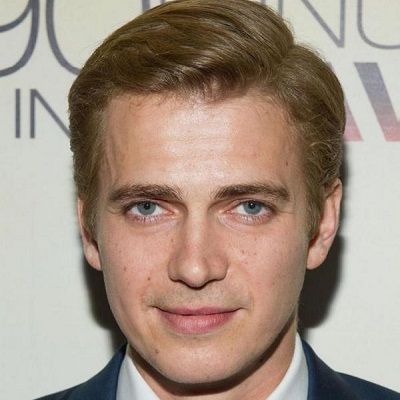 One of the things I find about acting is that the less the audience knows about the actor, the more they're able to believe in him in the role

Everyone has their own approach to how they work

Actors are observers. They're trying to have an understanding of human sensibility. And how do you have that accurate observation if you regard yourself as someone of great importance? When you're the one constantly being observed, because they view you as a celebrity? It's all wrong.

Who is Hayden Christensen?

Hayden Christensen is a Canadian actor and producer. He is famous for playing the role of Anakin Skywalker in the popular Star Wars movie series.

He gained wider popularity for his appearance in the American-Canadian drama TV series named ‘Higher Ground.’

Christensen was born on April 19, 1981, in Vancouver, British Columbia. His mother’s name is Alie Nelson, an American speechwriter, and his father’s name is David Christensen is a Canadian computer programmer and communications executive.

Christensen is one of four children, with an older brother, Tove (an actor and producer), an older sister, Hejsa, and a younger sister, Kaylen. He was raised in Thornhill, Ontario.

She belongs to Canadian nationality and is of mixed (Danish, Swedish, and Italian) ethnicity.

He attended firstly in E. J. Sand Public School. And then he studies at Baythorn Public School, and respectively at Unionville High School in Unionville, Ontario. He was an athlete in high school, playing hockey competitively and tennis on a provincial level.

To hone his acting skills, he took a course at the Actors Studio in New York City. He had previously taken the Arts York program for drama while studying in high school.

The young performer started his professional acting career in 1993 on the set of Macht Der Leidenschaft/Family Passions which is a Canadian TV series.

He followed it up by appearing in a few movies and TV series including Goosebumps, Mouth of Madness, Are You Afraid of the Dark, Forever Knight, and Virgin Suicides.

With his growing body of work, it was his performance in Higher Ground, a Fox FamilyTV series, that took him to a new level of fame in 2000. In 2005, Hayden made his Broadway debut.

From 2006 till present, the famed actor has increased his movie and television series portfolio with titles like Awake, Jumper, New Yor I Love You, Virgin Territory, Vanishing, Little Italy, Takers, Star Wars Episode II: Attack of the Clones and Star Wars Episode III: Revenge of the Sith.
Hayden also starred in the American-Chinese-Canadian action drama Outcast.

He gets nominated for the Saturn Award for Best Actor and also for the Cannes Film Festival Revelation Award. He receives it for his role as Anakin Skywalker in Star Wars: Episode II – Attack of the Clones (2002) and Star Wars: Episode III – Revenge of the Sith (2005).

The renowned entertainer has garnered a pretty net worth thanks to his many years in the entertainment industry. Hayden Christensen has accumulated a total net worth of $12 million through his acting career as per 2022’s data.

He owes a huge part of his net worth to the commercials and brand endorsements he has undertaken in the past.

Hayden receives various rumors that he has an affair with television actress, Eva Longoria in 2005. Their affair caused huge controversy as Longoria was married to basketball star Tony Parker.

Hayden Christensen stands with a height of 6 ft or 183 cm. Likely, he weighs 74 kg or 163 lbs. Talking more about his appearance, he has blue-colored eyes and light brown colored hair.

Hayden is active on different social media platforms. He has more than 93.5Kfollowers on Instagram, Likewise, he has over 14K followers in his Twitter account. Moreover, his Facebook page also holds more than 214.3K followers.

You may also like to read Krystal Ball, Nicole Tuck, and Martha Stewart.

Actress Rachel Bilson winning the Bridesmaid Game!! Flaunting her Perfect Curves in one of the Best Dress as a Super-Stylish Bridesmaid This Weekend!!