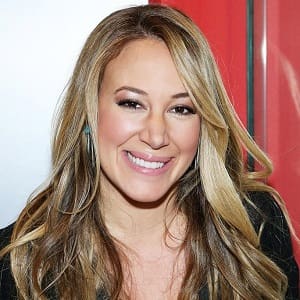 It's funny the way life works. Sometimes you go around in a weird path to find out exactly what it is that you love to do, and I'm happy that I've sort of discovered something that makes me really happy.

What is the relationship of Haylie Duff?

Haylie Duff is currently married to Matt Rosenberg. Her husband is an entrepreneur of the apparel line Subway Tile Shirts.

In April 2014, Haylie announced her engagement after dating 1 and a half years with Matt Rosenberg.

These couples gave birth to one beautiful daughter Ryan Rosenberg on May 11, 2015. Haylie has welcomed her second child Lulu Gray Rosenberg in 2018.

Who is Haylie Duff?

Haylie Duff is an American actress, singer, songwriter, writer, fashion designer, and television host. She is a multitalented woman.

Haylie is mainly known for her role as Sandy Jameson in the TV series 7th Heaven’, Annie Nelson in the TV film ‘Love Takes Wing, and Summer Wheatley in ‘Napoleon Dynamite’.

Duff’s family is of 4 members, Haylie Duff herself, Hilary Duff being her sister, Susan Collen Duff being her Mother, and Robert Erhard Duff as her father.

Her sister Hilary is an Actress and Singer-songwriter. Similarly, her mother Susan is a film producer. Whereas, her father Robert is a partner and owner in a chain of convenience stores.

Haylie was born and raised in Houston, Texas. She was interested in acting since her childhood, at the age of eight Haylie landed a role in the Houston Metropolitan Dance Company.

Living in Houston she learned ballet at an early age. Her nationality is American and her ethnicity is Mixed (German, English, Scottish, Scots-Iris/Northern Irish, Welsh, French)

Because of Duff’s family’s acting pursuits, Haylie Duff and her little sister Hilary Duff were homeschooled. So, there is no detailed information on her Educational background.

Based on her recent works Haylie is mainly working as an actress. She worked on her latest movie and TV series, “Hacker” and “Deadly Delusion” respectively.

But among them ‘7th Heaven’, ’Lizzie McGuire’ and ‘Napoleon Dynamite’ are her most successful works.

Haylie Duff was selected for 4 awards among them she won 3 awards and got nominated for 1 award.

Unfortunately, she didn’t win the award ‘TV – Choice Breakout Star’ but she got Nominated at least.

Haylie Duff: Salary and Net Worth

There is no detailed information regarding her salary but Haylie has an estimated net worth of $3 million based on 2017 research.

So far, Haylie hasn’t faced any rumors and controversies regarding her personal and professional life. Haylie avoided any sort of rumors and she is living a happy married life.

Talking about her body measurement, she has a height of 5 feet and 2.2 inches (1.59m) with a slim body built.

Furthermore, her natural hair color is Light brown and her eye color is Dark Brown.

How is Hilary Duff and husband Matthew Koma’s married life going on? Hilary’s thoughts on Covid-19