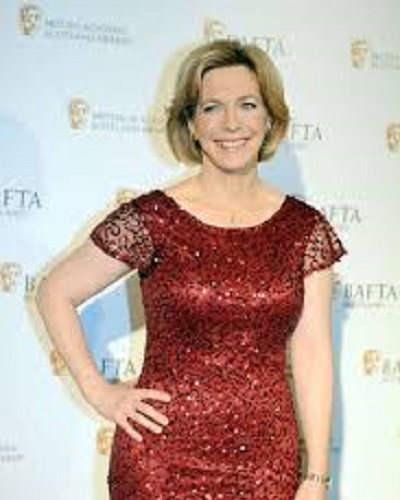 Today, we will be addressing the marital life of Hazel Irvine who has been secretive in her personal life and also married her longtime partner.

Let’s dig deep into her personal life to know in detail!

As being a secretive person, the Royal Television Society’s Sports Presenter of the Year is able to keep a tight guard on her personal life and recently, we got the news that she privately married her longtime boyfriend in 2008 in Scotland.

“It was a small and very private affair, and she and her husband are very happy. She wants to keep all the details private.”

Similarly, one of the BBC insiders revealed:

“Hazel is really friendly and gets on great with everyone but she keeps her personal life to herself.”

“She only talks to close friends about that sort of thing so even people who work with her didn’t know about the wedding until after it happened. She seems really happy and all her colleagues are delighted for her.”

Hazel feels that this was the right time for her to get married. Before even if she was committed, she did not feel right to exchange vows and get hitched spiritually as well as legally.

“Hazel is dedicated to work which can make relationships difficult, but she has been with her partner for quite a while and they just decided it was the right time to get hitched.”

Similarly, the first female sports presenters of Scotland are on the verge of giving birth to a child in the spring of 2009. And said:

“My husband and I have a new arrival coming in the spring – which is going to be a drain on my own profits.”

In one of the interviews on July 13, 2014, she revealed much about her personal life and said:

“look at my daughter Gina.”

Whereas, she opened up about her husband’s romantic things and said:

She also revealed on their perfect Sunday saying:

“a family swim, then going out for some spaghetti bolognese and a walk in the park.”

She is a career-oriented woman and she does not like limiting herself only as a wife and mother.

A glance at her professional life

Professionally, Hazel has achieved a lot in a short span of time. She is a sports presenter, reporter and commentator, conference facilitator, and awards host.

Additionally, she has worked with companies including KPMG, Cisco, Diageo, Audi, RBS, Financial Times, UK Sport, London 2012, Glasgow2014, Department of Culture, Media and Sport. She is one of the first British women on television to anchor football programs.

While discussing her professional life, she said that she is satisfied with her job and other things that she is getting. And revealed:

“I was pleased to be offered another long-term contract with BBC Sport to continue presenting snooker, golf and major events. However, after much thought, I have decided that in what is my 30th year in broadcast sport, I want to realign my on-air commitments around the changing needs of my family.”

“I have loved working with my brilliant friends and colleagues on the BBC golf team and look forward to being in Augusta to see Danny Willett defend his title and to savouring the unique atmosphere of the Masters one more time.”

The interviewer said heart touchy words while saying goodbye to her:

“It is with a heavy heart that we say goodbye to Hazel, who has been the familiar face of the sport for 25 years. However, we respect her decision and look forward to her continuing to front our snooker and major events coverage for many more years to come.”

Read more about Clare Tomlinson, the Sky Sports presenter makes the biggest blunder of her 18-year career! Know more about the ‘mortified’ lady

Scotland-born Hazel Irvine was born on May 24, 1965. She possesses a Scottish (British) nationality. She is one of the talented TV presenters.

Presently, she is famous for working as a TV presenter for BBC. She is also the president of the Dumbarton Football Club Supporters Association.

Previously, she covered several sports events. She presented the “1988 Summer Olympics” with Dickie Davies. Similarly, she presented four World Cups in the past.

Furthermore, she covered the World Snooker Championship and the London Marathon. More Bio…