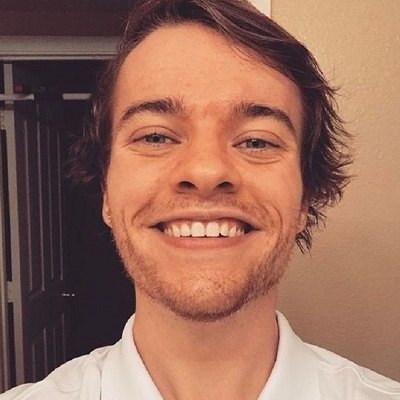 Currently, Hbomb94 is possibly single and not in any relationship. He lives in Los Angeles, California, US.

Previously, he was in a relationship with Corrine. They started dating in 2014. As of September 2014, he introduced her girlfriend on his Instagram post.

He has also teamed up with her to make videos like Beard Waxing Challenge, Bean Boozled Challenge, and Girlfriend’s Makeup Challenge. They also have a ship named BabeBomb94.

Later, they broke up.

HBomb94 is a good friend of Shelby Grace. She is also a Minecraft player and YouTuber.

American HBomb94 is a social media personality and Youtube star.

He is best known for the Popular gamer of Minecraft and his YouTube gaming channel.

HBomb94 was born Liam, on January 4, 1994, in Illinois, United States. His birth sign is Capricorn.

His ethnicity is Caucasian and has a sister named Ashley Michelle.

HBomb94 has two dogs, Kenze & Pippen, and a cat, Key Cat. He also has adopted a dog named Link.

First, HBomb94 created the channel under the name “xSMDxHBOMB94,” and until June 2012, he used to upload Call of Duty franchise gaming videos.

Now, HBomb94 has a self-titled YouTube channel with 234 k subscribers and 66 m views. He joined the Youtube community On January 5, 2011.

His most popular videos The True Charlie Charlie Pencil Game, 100 LAYERS OF WAX! (WAXING EVERY HAIR ON MY BODY!) have earned over 5 million views.

Christopher is a social media personality. He is a vlogger and traveler. So he posted a video about his lifestyle and a combination of different interesting Comic videos. Therefore, every follower loved his work and want to see more videos from him.

As of October 19, 2012, he started to upload the video of himself playing a survival famous game named Minecraft. He also uploads challenging videos. Along with his friend Ryan McNulty, he posts videos of Pixelmon, which is a tutorial for game developers. He shares his experience of gamming with his fans.

HBomb published a variety of Minecraft game series such as ‘Minecraft UHC’, ‘Minecraft Hunger Games’ and ‘Minecraft Factions’.  He is also the co-owns Kastia, a Minecraft and mini-games server.

He has won three out of nineteen seasons of Minecraft Cube Ultra Hardcore games.

This Youtuber has an estimated net worth is approximately $1 million US.

Hbomb94 has blue eyes and dark brown hair. His height is 5 feet 8 inch and weight is 68 kg.

Hbomb94 has 39.1 k followers on Instagram and about 183 posts have already been published on her Instagram wall. He is following the personalities like a valkyrie, Hailie, and Pokimania.

Hbomb94 also streams his gaming videos on Twitch. He has around 88 k followers on Twitch.