Health Update!! RHOBH’s Camille Grammer Opens Up About Her Second Bout Cancer Battle!! “I Am Still In Some Pain” Says Camille 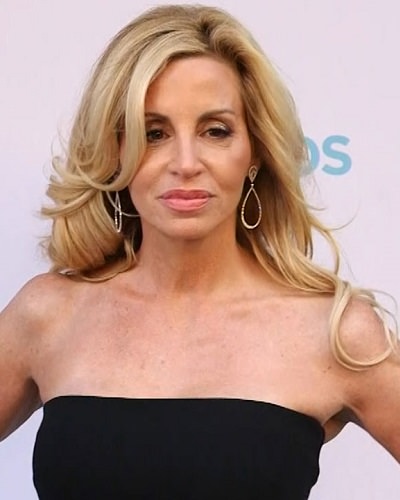 Recently, she has updated about her health and her cancer second bout all of her fans and followers out there.

Camille talked about her health situation just after three days of surgery to remove her cancer cells. Recently, she appeared at the Real Housewives of Beverly Hills season 8 premiere on Friday, December 15. At the premiere party, she talked about her battle with cancer.

“It’s a squamous cell carcinoma and it could show up on the skin or in your lungs, it could be in the back of your throat, in your vagina, in your labia, there’s many places it could show up. I had surgery three days ago and I’m out and about but I’m still healing and I’m still in some pain.”

Thank you @karenbate_kbconcepts For the lovely interview. 💜. Calling all gynecologic cancer survivors, loved ones, surgeons, nurses and other health-care providers, sponsors, runners and other supporters! Help us raise awareness and crucial education and research funding to #EndWomensCancer. Since 2009, the National Race to End Women’s Cancer has brought together women and men of all ages from across the country. Together, we celebrate survivors, honor loved ones and raise awareness. Every 5 minutes a woman will receive a gynecologic cancer diagnosis of cervical, ovarian, endometrial/uterine, or vaginal cancer. The End Women’s Cancer Weekend, hosted by the Foundation for Women’s Cancer, offers survivors, families and friends an opportunity to join in the movement. From the National Race to an educational survivors course, the weekend provides fun, education and advocacy to #EndWomensCancer. Register for our 8th National Race to End Women’s Cancer today and join us!

You may like to read Christmas 2019 Of Kelly Ripa’s Family; Holiday Vibes And Family Christmas Card Of Kelly Alongside Her Daughter, Son, And Husband!

At the party, she also got the question that how she stayed remains so positive, the reality star stated:

“Oh, my mom. My mom is fighting her third cancer and she’s an inspiration to me, she’s so strong. I think I get my strength from her and my knowledge of knowing how to handle and deal with cancer. We’re both there for each other. I think keeping your family close and having them support you helps you so much, and also having a good man in your life, and I have a lot of great friends too.”

Announcement of cancer to the media

Thank you Dr. Beth karlan for removing those pesky cancer cells. You are Amazing! This is my second cancer diagnoses. Thank God We found it early. (squamous cell carcinoma) *Early detection is key. My cancer was removed and I'm resting at home. Ladies listen to your bodies. If something doesn't seem right go for a checkup. Don't put it off. Annual check ups are important. @cedarssinai @foundationforwomenscancer #cancerwarrior #cancer #cancerawerness. ♥️THANK YOU EVERYONE for you kind words, support and prayers!

Camille Grammer revealed that she is struggling with cancer on Thursday, December 14. She revealed the news through her Instagram account where she shared a photo of herself recovering in the hospital.

Moreover, she also encouraged all of her fans and followers to get annual checkups. According to the previous reports, she was also diagnosed with endometrial cancer in 2013. At the time, she underwent radical hysterectomy treatment.

In 2014, Camille announced that she had completed her chemotherapy and radiation therapy. According to her statement, now her fans will be able to see her on Real Housewives of Beverly Hills.

“I’m a friend this year, so I’m on the show. The drama comes in a few episodes … even though I’m just a friend, it doesn’t mean I’m not immune to any kind of drama or arguments, so we’ll see. I can’t say too much!”

Als read Yolanda Hadid shares a heartfelt tribute on social media for her mother Ans van den Herik who died at age 78 due to cancer!

Camille Donatacci Grammer is a famous American actor who is mostly known for her role in The Real Housewives of Beverly Hills. She is also known for her roles in Private Parts (1997), and Lord of the Freaks (2015). She started her career as a dancer, model, and actress, and worked as a producer and writer for Grammnet Productions. See more bio… 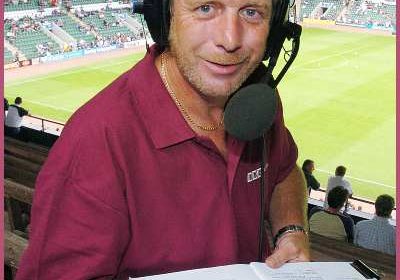