Heather Fogarty’s present relationship status is possibly single. She has not shared any details of her current affair or boyfriend yet.

But in the year 2008, she romanced briefly with a famous Canadian singer Michael Bublé. 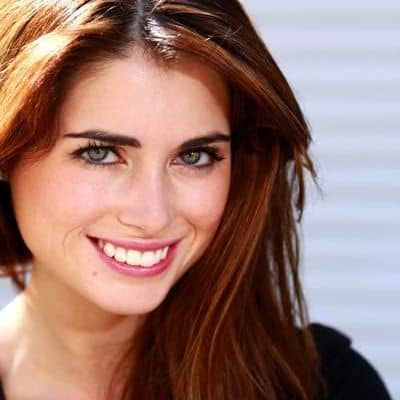 Who is Heather Fogarty?

She is also with a rock band On The Surface as its lead singer and keyboard player.

In 2015, she was seen playing the character of Danielle for an episode in the TV show Baby Daddy.

Her birthdate is 22 May 1984 and she was born in Boston, Massachusetts, the United States as Heather Nicole Fogarty. The name of her mother and her father’s identity is concealed.

Further, her ancestry is Caucasian and as per her academics, it is not yet made publicly visible.

Heather Fogarty’s first screen appearance was in 2010’s short movie Closing Time where she did the role of a girl. She then briefly did TV series titled Mortal Kombat: Rebirth as Hotness, Scandal as Hayley, Icebox as Emily, etc.

She did two TV movies are Stone Markers (2012) and Cammie Sherman plus Evil Within (2015) Hanna. Besides this Heather is also featured in 2012’s music video Butch Walker and the Black Widows: Synthesizers.

Her other screen appearances are Hit the Floor (2014) as Melissa and Next Time on Lonny (2014) as Dog Owner.

By the data of 2022, she has a net worth of around $500 thousand. But her salary for a year is not yet calculated.

This Cityline actress is keeping herself away from scandals as well as rumors.

Heather Fogarty’s height is 5 ft 2 inches and her body weight is of average shape. Moreover, she has light brown hair and has eyes in blue color.

Heather is available on several social sites. On Instagram and Twitter, she has over 1.9k and 648 fans respectively