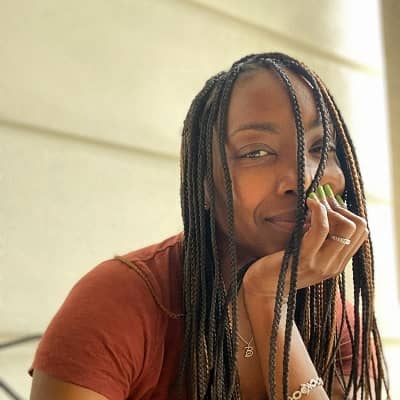 Heather Headley married her soulmate, Brian Musso, on September 6, 2003, after an eight-month engagement.

Who is Heather Headley?

Heather Headley is a record producer, Trinidad-American singer, songwriter, and actor. She received the Tony Award for Best Actress in Musical 2000 for the title role of Aida.

She received Grammy Award for Best Contemporary R&B Gospel Album for her Audience of One record. In 2018, she recurred as Gwen Garrett on the Chicago Med NBC Medical Drama TV series.

She was born in Barataria, San Juan, Trinidad, and Tobago on 5 October 1974. She moved to Fort Wayne, Indiana, USA, at the age of 15 with her parents and her sibling, when her father was given a job as pastor of the McKee Street Church of God (in Anderson, Indiana).

At the age of four, Heather Headley was able to play the piano. The daughter of a pastor came into contact with a variety of musical genres during her youth and started to be deeply involved in calypso, reggae, and soca.

Headley Graduated from Northrop High School, after she attended Northwestern University from 1993 to 1996, studying communications and Music Theater until the last day of her junior year, when she decided to perform the Ragtime musical and drop out of school and joined a theatre group.

Already during her studies, she emerged on the stage of theatre: she played Dreamgirls and The World Goes Round at the Marriott Lincolnshire Theater.

In 1997 she was given her first role in the theatre. She was given the character of Nala by the Disney Company in the musical The Lion King. This made it easier for her to attract media attention to herself. Shortly thereafter, she was signed by RCA Records and is now committed to the recording business.

A year after, she performed the song Love Can Find a Way with Kenny Lattimore for the musical The Lion King II, which was also broadcast in the publicity for this musical.

Her debut album, This Is Who I Am, was released in October 2002. Despite gaining an appreciation for her first song, He Is, she struggled to make it to the top of the charts. Just in the dance charts was able to reach number 4. For her second single I Wish I Wasn’t, she was more successful and even managed to earn the Grammy Awards nomination. Eventually, her album sold half a million copies and was awarded gold.

She made an appearance in the sequel to Dirty Dancing as a singer in 2004.

Her second album, In My Mind, was released after some delay in 2006. On the R&B charts, this song was number one. The title track became a dance sensation, and the number one hit the U.S. dance charts as a remix. In the same year, Andrea Bocelli performed at the Desert Sky concert and sang with him, among other things, the world hit The Prayer.

She performed again with Bocelli in 2007, this time in Italy at the Teatro del Silenzio near Lajatico, and sang The Prayer and Vivo per lei again with him, this time performing an English-Italian version.

The audience of One their current album was released in 2009, in which Headley began a new musical direction: Gospel.

2000: Sarah Siddons Award for her performance at the Chicago Theatre

Heather Headley’s gross or net income is projected to be between $1 million and $5 million. She’s made plenty of money from her primary profession as an R&B singer and television

Up to date, she has not been involved in any kinds of controversy or rumors.

Beautiful and gorgeous Headley has pairs of brown eyes her hair color is black she stands 5 feet and 8.5 inches tall she weighs around 56 kg, her body measurements are 32-26-30, her breast size is 32C, her hip size is 30 inches her body type is slim she wears 4.5 US dress.

Like other celebrities she is also active on social networking sites, she has gained 98.7 k followers on Instagram, on Twitter she has 36.5k followers and on Facebook, she has 809k followers following her page, additionally, she has her own website named heatherheadley.com.

The latest update of Heather Headley

Seafood is her favorite.