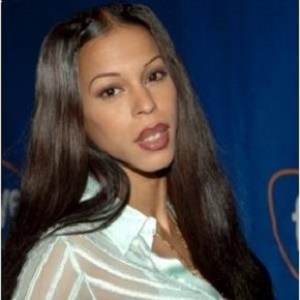 Heather Hunter identifies as bisexual. She has dated numerous personalities throughout the years. She had a relationship with American adult star Tom Byron for a brief amount of time. She also dated Lauren Brice for a while.

Arguably her most important relationship was with famous American Rapper Tupac Shakur. During 1991, She was in a relationship with American Talk Show Host Bill Maher. In 1994, she dated American actor Charlie Sheen. Later she dated a guy named Brandon in 2005.

Heather is currently single. She doesn’t have children from any of her relationships.

Who is Heather Hunter?

Heather was born in The Bronx, New York City on October 1, 1969. She was born as the daughter of a funeral salesman. Her childhood was rough as she left home at age 16 and supported herself.

Currently, most of the information regarding her father and mother is missing. She belongs to an All-American ethnic background. Furthermore, she is of American nationality.

She majored in design and illustration at the High School of Fashion Industries in New York City. In addition, she was enrolled in a special workshop under the direction of the renowned street artist, Keith Haring.

Heather initially worked as a clerk at the Latin Quarter. Next, at the age of 18, she answered an ad in ‘The Village Voice. for striptease artists. She entered the adult film business in 1988.

Eventually, her career peaked at the apex in the mid-’90s. She soon became known for her interracial- and lesbian-themed films. Additionally, she also appeared in the ‘Robin Byrd Show’ and was a frequent performer.

In addition, Heather also worked as a dancer on the TV show ‘Soul Train’. She first danced at the Latin Quarter in New York City. There, she met adult film actress Hyapatia Lee, who suggested her to perform in movies. She has the credit of performing in 69 videos. Furthermore, she has one directorial effort to her credit on the Internet Adult Film Database.

She was introduced to the AVN Hall of Fame in 2003. Additionally, she starred in her own animated cartoon series, ‘Bulletproof Diva’ in the same year.  In 1996, Heather appeared in the music video of Tupac Shakur’s ‘How Do U Want It’. She is also a professional musician.

She had a contract with Island Records and released a song titled “I Want It All Night Long.” Her 18-track rap music album titled ‘Double H: The Unexpected’ was released on July 12, 2005. Some of her songs are “In Love”, “Orgasmic” and “So Serious”.

She won the Adult Video News Awards in 2003. Furthermore, she also garnered the nomination for XRCO Award in 1999.

She has not revealed her current salary and earnings. However, her net worth totals to an amount of $ 1.6 million.

Heather’s initial adult videos were controversial. In addition, she was the first to launch the interracial genre in the industry.

She later explained all the racism that she faced in her line of work. Additionally, her comment regarding Charlie Sheen was a bit of a surprise as she explained to him as a gentleman. There are no rumors concerning her at the moment.

Her eye color is dark brown and her hair color is black. She wears a shoe size of 8.5 US and her dress size is unknown.

Heather is quite active on social media. She has a huge number of followers on social networking sites such as Twitter as well as Instagram. She has more than 45K followers on Twitter.

In addition, she has more than 27K followers on Instagram.