Mills met Alfie Karmal in 1986 when he was ten years her senior. He loved her so strongly that he developed Excell management, a modeling agency for her.

Following that, she moved to Paris under the cover of a modeling contract and became the mistress of a businessman.

She then moved back to London and married Alfie Karmal in May 1989. In 1991, she and he divorced.

After a few years, she met Paul McCartney at the Pride of Britain Awards in 1999. After dating and knowing each other for years, he married Mills on June 11, 2002, and his first wife died of breast cancer.

They also have a kid named Beatrice Milly McCartney, who was born on October 28, 2003.

But, regrettably, her relationship with Paul was confirmed to Sour in 2006 because of misunderstandings with his daughter from his previous marriage, Stella.

They had to divorce because things had gotten out of hand. He also provided her with compensation. 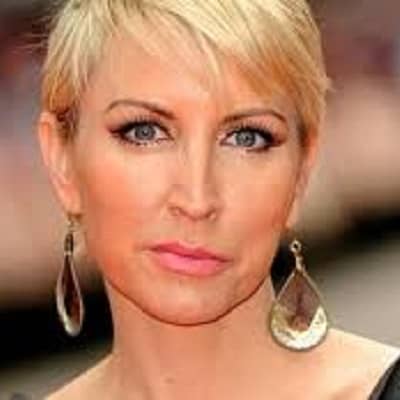 Anytime I was challenged and told I couldn't do something, I would absolutely have to prove the opposite. And I did.

To have an opinion about somebody you've never met before is pretty superficial.

Having loved sport my whole life, competing in the Paralympics would be a dream come true.

Who is Heather Mills?

Heather Mills is an English media personality, businesswoman, activist, and former model. She is also the well-known second wife of The Beatles’ Paul McCartney, as well as the vice president of the Limbless Association.

Heather Anne Mills, 53 years old grew up in a military family. She was born on January 12, 1968, in Aldershot, Hampshire, England.

Her father, Francis Mills, was a former paratrooper, and her mother, Beatrice Mary Mills, was a British Colonel’s daughter. Her parents both played musical instruments and spent valuable time with their families on their vacations.

She has two siblings: an older brother named Shane and a younger sister named Fiona.

There was a change after her mom left her husband when she was just nine years old. As a result, their trouble began since her father didn’t have time for them and they frequently ran out of money.

When she was a teenager, his father was also arrested for fraud. Her sister shifted to her mother’s house, while her brother went to her grandparents’ house. She once left her mother’s house to go to a funfair to escape the boredom of life.

After his father was freed from prison, he began his own life, marrying another woman and having a kid called Claire Mills.

A swimming pool attendant kidnapped and sexually molested her when she was six years old. She also went to Hydeburn Comprehensive School in London.

Because she struggled in school, she began working at a croissant cafe. However, she was shortly fired from her position. Later, she worked at a jewelry store, where she was wrongly accused of stealing and sentenced to probation.

She was introduced to the modeling industry by her first husband Alfie Karmal. He also established her a company named Exsell management but it didn’t work well.

After that, she moved to Paris saying she was given a contract of modeling and became the mistress of George Kazan for 2 years. Heather took part in a nude photo session called Die Freuden Der Liebe ( The Joys of Love.)

She also sold her story to the news of the world about her accident.

Not only that she also bought the vegan food company Redwood foods and renamed it VBites Foods.

Products sold under the label ‘Wot no Dairy’ were recalled in 2014 when it was identified that they contained traces of dairy products and, as a result, might potentially cause unpleasant effects for persons who are allergic to dairy.

In 2019, Mills built a 55-acre property in Northumberland dedicated to Vegan production, storage, and company space, and she purchased the 200,000 square-foot Walkers PepsiCo plant in Peterlee.

Mills was a celebrity performer on the 2007 season of the US television show Dancing with the Stars. On December 21, 2009, she was unveiled as one of the contenders on the fifth season of Dancing on Ice.

She is also a part of the British Paralympic ski team and also participated in modern art.

She was engaged to Raffaele Mincione after divorcing her first marriage, Karmal. When she was hit by a police motorbike, an incident happened.

She lost her left leg six inches below the knee as a consequence of the accident. The settlement money Heather got was used to establish the ‘Heather Mills Health Trust,’ which intended to provide prosthetic limbs to the needy.

Between 1995 and 1999, she had short romances with British media executive Marcus Stapleton and documentary director Chris Terrill.

She faced a lot of criticism following her divorce and was accused of marrying McCartney just for his money. According to research, she was one of the top five most-despised celebrities during this period.

Mills is one of the richest reality stars and her main source of income comes from her profession.

Mill has not revealed her income and salary to the public yet but her net worth is to be $50 million as of 2022.

She has not talked about her body measurement like hip, waist, and breast sizes to the media.

He shares many posts about information about how to eat healthy food on Instagram.