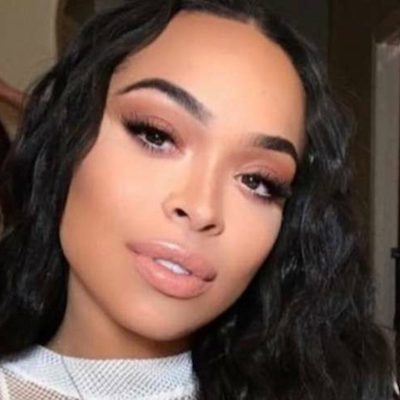 What is the relationship of Heather Sanders?

Heather Sanders at present is in a lovely relationship. She dated rapper King T-rell for a while and then got engaged to him.

Though they haven’t walked the aisle yet, this couple has welcomed two children. Their son is named Zane Supreme while the name of their daughter is Zoe Skye Meeks.

She loves showing her family on social media. That is why, on 27 June 2022, she and her fiancee both had lunch in the reputed restaurant named Restoration Hardware which she posted on her Instagram post.

Who is Heather Sanders?

She is a very good friend to a hit TV personality, Kylie Jenner who is famed for Keeping Up with the Kardashians.

She was born in 1990 in Fort Worth, Texas, the US, and celebrates her birthday on the 2nd of Feb. The name of her mother along with her father is not yet mentioned.

Further, Sanders’s ancestry is All-American, and as per her academics, she might be a college graduate.

Heather Sanders is one of the eminent faces of the glamour industry. She is the owner of an online business Sorella Boutique which deals in selling fashionable apparel to teenagers as well as women.

Adding more, as an influencer runs a YouTube channel along with her love partner King titled Heather and Tarell where she uploads mostly vlogs, crazy experiences, challenges, pranks, funny family times, and so much more for her admirer. The channel was created in Oct 2017 and it has now over 121 thousand subscribers.

Some of her uploaded videos are WE CAN’T BELIEVE THE KIDS WERE CURSING!!, WE HAD THE BEST FAMILY VALENTINES DAY **SURPRISED KIDS**, HEATHER’S STARTING A NEW BUSINESS!!, ZANE’S 3rd BIRTHDAY PARTY SPECIAL!!, etc.

Heather Sanders is present on several social sites with millions of supporters. On Instagram and TikTok, she has more than 1.6M and 50k followers respectively.

She is also active on Twitter with around 11.5k supporters. However, her page on Facebook is not yet made.

By the sources of 2022, she has around $500 thousand of net worth. But her annual salary from her popular YouTube channel is unknown.

As of now, this star of social media platforms is not surrounded by any rumors or scandals. But her friendship with Blac Chyna plus their feud was much highlighted.

In 2015, they got in a nasty fight on social media, Snapchat. These two verbally abused each other and commented on the appearances. They even confessed to disliking each other and vowed to never meet again.

Heather Sanders has an average height is 5 ft 5 inches and her body weight is average. Furthermore, she has dark brown eyes and black hair.